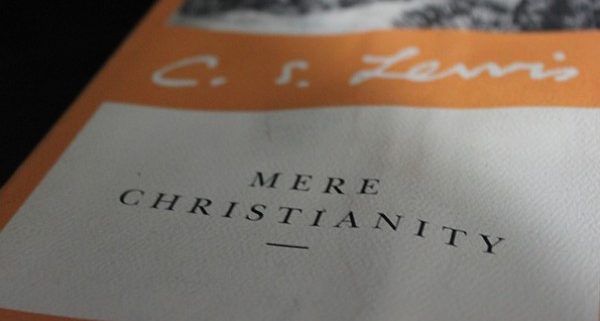 According to a March 24 Wall Street Journal article, C.S. Lewis’ book Mere Christianity has sold more than 3.5 million copies in English, and has been translated into 36 languages.  It sold more copies in the last 15 years than in its first 15.  Impressive for what Lewis did not originally intend to be a book.

Dr. Francis Collins, the renowned genetics researcher and director of the National Institutes of Health, spoke to the impact of the book. In a PBS interview, he set the stage by explaining his worldview while pursuing his first doctorate at Yale.  “I concluded that all of this stuff about religion and faith was a carryover from an earlier, irrational time, and now that science had begun to figure out how things really work, we didn’t need it anymore.”

While a resident physician, Collins decided that he needed data to support his rejection of God. He sought out a Methodist minister, who suggested he investigate the thinking of a certain Oxford scholar, and gave him Lewis’ book.  As he read, Collins discovered that the evidence for God is plausible, but he resisted.  About a year later while hiking in the Cascades, overwhelmed by the beauty of creation, something changed.  He thought, “This is something I have really longed for all my life without realizing it, and now I’ve got the chance to say yes.  That was the most significant moment in my life.”

The book has been impacting the lives of its readers since 1952 when first published. But it began as a series of BBC radio broadcasts during WWII.  George Marsden, who wrote what he calls the “biography” of Mere Christianity, explains that it “originated in the midst of one of the most stressful times in British history…when there were still fears of a Nazi invasion and the Blitz bombing.”  (FYI, this period is captured in the TV drama series Foyle’s War.)

Though Mere Christianity has a few historical references, Lewis wanted the talks to avoid current religious fads, denominational distinctives, and partisan politics.  He knew how to translate deep truths into the vernacular with vivid analogies.  Marsden explains, “Lewis was trying to present the beliefs that have been common to nearly all Christians at all times.”  Yet despite the common appeal, it can convince a brilliant, highly-trained scientist.  Most compelling to Collins was “the argument about the existence of moral law.  How is it that we, unique in the animal kingdom, know what’s right and what’s wrong?” That could only come from God.