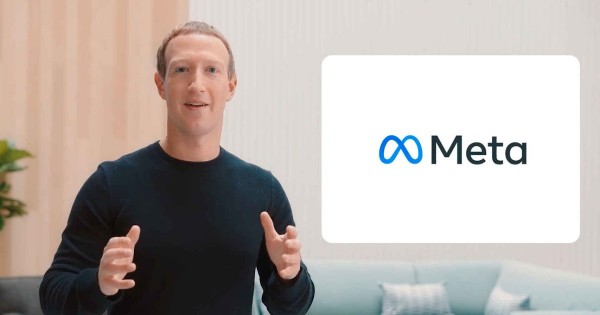 Mark Zuckerberg’s new company name is Meta, meaning “beyond.” He said, “The metaverse is the next frontier just like social networking was when we got started…A lot of us will be creating and inhabiting worlds that are just as detailed and convincing as this one, on a daily basis.” Meta will reach beyond the Facebook brand and create a computer-generated reality. You can be an avatar!

Whistleblower Frances Haugen reports that Facebook knows but does nothing about the anxiety, depression, and suicidal thoughts caused by its social media products. What began as a clever way to share photos and news with family and friends has taken an algorithmic turn into psychology and manipulation. It replaces real human interaction with striving for “likes.”  In Screwtape Letters, C. S. Lewis wrote that it weakens a person to “abandon the people he really likes in favor of the ‘best’ people.” He couldn’t have known technology would invent a tool for that. What will stop the metaverse from weakening humanity further with its illusion of human progress?

Humans are gullible for illusions. You thought you controlled your Facebook feed but that was an illusion. Alec Baldwin shot and killed Halyna Hutchins – movie set safety was an illusion. A politician’s call for a strong central government that guarantees safety, justice, and prosperity for all is an illusion. The greatest illusion is that you arrived in this universe by chance, and you are free to define your own meaning and reality.

G. K. Chesterton wrote, “The moment you step into the world of facts, you step into a world of limits. You may, if you like, free a tiger from his bars; but do not free him from his stripes. Do not free a camel of the burden of his hump: you may be freeing him from being a camel.” Facts are part of human reality and you cannot be liberated from them even if illusions, modern medicine, or technology tempt you to try. Here is a fact: you are created and your reality is given to you, not created by you.

The word “meta” also means to be in association with someone. What if I told you about an association with someone who can complete your reality with a love, joy, and peace that surpass all understanding?  Here it is: “He rescued us from the domain of darkness, and transferred us to the kingdom of His beloved Son, in whom we have redemption, the forgiveness of sins. He is the image of the invisible God…all things have been created through Him and for Him” (Col. 1:13-14,16).

That is a “meta verse” that is no illusion, but is reality. To associate with Christ by faith is to embrace reality and be truly human, just as your Creator intended.

He Is There
Scroll to top