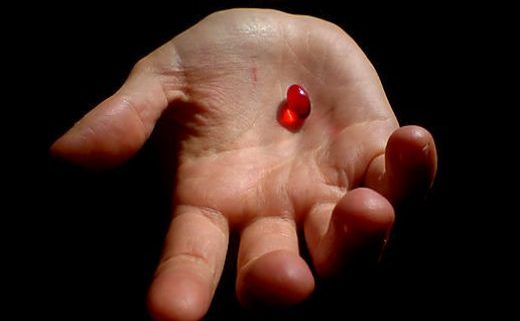 Have you heard about the “red pill” phenomenon? A growing number of people are announcing on social media their rejection of the political correctness, identity politics, and victimhood of their past. They don’t buy it anymore. In the movie “The Matrix,” the hero could take a blue pill and remain in the artificial world, or the red pill where he comes to reality.

That people can experience a paradigm shift is not new. The ancient Greek language has a word, “metanoia,” that means to rethink something, change your mind, and turn away. Os Guinness in his book “Fool’s Talk,” explains that for the Christian “it signifies the complete about-face of heart, mind, thought and life that triggers conversion and initiates the migration from one reality to another – from the kingdom of darkness to the kingdom of light.”

The Hebrew Scripture has the salacious story of King David taking Uriah’s wife Bathsheba. He tried to cover it up, then had Uriah killed. The prophet Nathan knew it, and came to David explaining that a rich man stole a poor man’s sole lamb. Outraged, David ruled that the culprit must die. Nathan cut him with, “You are the man!” On the spot, David admitted, “I have sinned against the Lord” (2 Sam. 12). Jesus told a story about a wealthy man whose son demanded his inheritance. The son squandered it all with loose living. After he took a lowly job feeding swine, he came to his senses. He re-thought his situation and returned to his father, who welcomed him back with open arms. David and the prodigal son experienced “metanoia.”

Repentance is one of those mysterious places where the love of God and the will of man intersect. On the one hand it is a gift: “God may grant them repentance leading to the knowledge of the truth” (2 Tim. 2:25); “God has granted to the Gentiles also the repentance to life” (Acts 11:18). On the other, it is a command: “Repent, for the kingdom of heaven is at hand” (Matt. 4:17). To grasp this, you must know that repentance is not just trying to live right. Billy Graham said, “It is a simple recognition of what we are. We see ourselves as God sees us, and we say “God be merciful to me a sinner” (Luke 18:13). Steve McVey explains, “Repentance is nothing more than changing our minds about Him and what He has already done to deal with sin. Do you want to be sure you have fully repented of all your sins? Then see them as having been taken away by His finished work.”

By grace through faith in the Lord Jesus you enjoy a new life, and see reality as God does. To receive that, are you willing to experience “metanoia”?

Unity in Diversity
Scroll to top