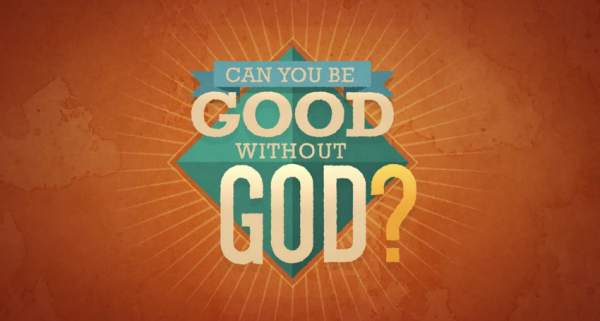 The mass shooting in Orlando was a horrible act.  Before the families could grieve and bury their dead, the questions began to fly.  What was the shooter’s motivation?  What laws and policies should the U.S. change?  In the midst of this, I heard a critical question that deserves some reflection.

It started with a friend pointing out that previous mass killers employed fertilizer and jetliners, so instead of blaming guns, blame godlessness. Another friend countered, “Anyone can be good and moral.”  So can we be good without God?

We could discuss who gets to decide what is moral, but the more basic question is, where does morality come from? How is it, that humans are born with the capacity to determine what ought or ought not be?  You have heard young children declare, “That’s not fair!”  C.S. Lewis writes that humans “are haunted by the idea of a sort of behavior they ought to practice.”

Why does morality even matter? The answer is value.  Those Orlando victims were human beings.  Murder, theft, and dishonesty are wrong because they harm something valuable: people.  But if we are only a product of impersonal evolution, why do we have that intrinsic worth and how do we all happen to know it?

A rational conclusion from these questions is that a Moral Lawgiver exists outside of ourselves. God values humans and instills within us a sense of value and morality.  To say otherwise is to deny objective morality, and accept that each should do what is right in his own eyes.  Thinkers such as C.S. Lewis, Frances Collins, and Chuck Colson became former atheists because the God of the Bible was the only answer to the question of morality that made sense to them.

Sure, people can be moral without religion. Many non-Christians are decent, law-abiding citizens.  But the question points to a Sovereign God who values people even when we ignore our moral compass.  With that kind of heavenly Father, it is no surprise that He would send Jesus to fulfill the law on our behalf (Rom. 8:3,4) and save us by grace through faith (Eph. 2:8).  That is good news that sustains us when bad news and moral questions trouble us.