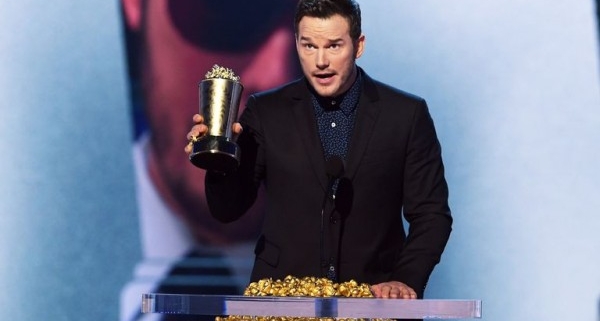 Chris Pratt made news last month because cultural icons don’t usually speak about matters of faith in a venue like MTV’s Movie and TV Awards.

I’d never heard of him, nor his movie “Jurassic World.”   So, please don’t take this as an endorsement of the actor or his work.  I invite you to consider, though, a few of his Nine Rules offered as he was accepting the Generation Award in front of his peers and fans.  His Rules speak about the relationship between God and man.

“You have a soul. Be careful with it.”  It might be more correct to say that you are a soul that lives in a body, for now.  The Hebrew word often translated “soul” means “living being.” Your soul is who you really are, and you are worth protecting.

“God is real.”  You don’t have to take a “leap of faith” to believe God exists.  Evidence abounds.  Dallas Willard said, “We live in a culture that has cultivated the idea that the skeptical person is always smarter than one who believes.  You can almost be as stupid as a cabbage as long as you doubt.”  Many intelligent people accept the evidence that God exists.

“Learn to pray. It’s easy, and it is so good for your soul.”  E. M. Bounds said, “Prayer is the language of a man burdened with a sense of need.”  If the burdens you carry aren’t enough to warrant your prayers, ask God for more burdens.  Not really.  Don’t you have enough already?

“Reach out to someone in pain.  Be of service.”  Jesus calls you to love “your neighbor as yourself.”  A lawyer asked Him, “Who is my neighbor?” He replied with the well-known story of the Good Samaritan who showed mercy to a stranger.  Then He said, “Go and do the same” (Luke 10).

“You are imperfect…grace is a gift. Like the freedom that we enjoy in this country, that grace was paid for with somebody else’s blood. Do not forget that.”  Wow, did he really say that on MTV?  Americans memorialize our war heroes who died for our freedom. But far greater is our eternal freedom from the power and penalty of sin, our “imperfection.”  We have Jesus to thank for that freedom, offered to us by His grace, free and unmerited.

Here’s the takeaway.  Mr. Pratt has his venue, and you have yours.  Use it, as he did, in a courageous and appropriate way to share truth about God and people.  Isn’t this how we can apply Jesus’ words, “You are the salt of the earth…You are the light of the world” (Matt. 5:13,14)?  MTV, no less.  Just wow.

Found and Rescued
Scroll to top