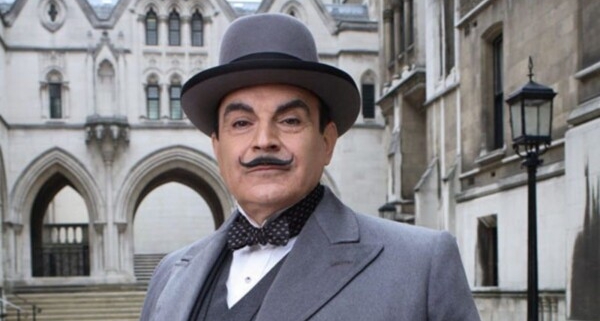 If you like mystery shows, the Poirot TV episodes based on Agatha Christie’s novels is probably on your radar. British actor David Suchet played the title role from 1989 to 2013. During that time, he was trying to solve his own mystery.

In his book, Behind the Lens, Suchet tells his story. He was enjoying his career as a successful actor. In 1986, he traveled to America. In his hotel room soaking in a hot bath, his thoughts randomly settled on the afterlife and resurrection. That surprised him because until then he had been agnostic about such things.

He decided to read the Bible. Not knowing where to begin and having some historical interest in the Roman Empire, he began in the letter to the Romans. Its probing truths attracted him. “If God is for us,” it says, “who is against us?” “Who will separate us from the love of Christ?” (Rom. 8:31, 35). “I came across a passage,” Suchet said, “that spoke of a way of life I wanted to be part of…a coherent philosophy I could really relate to. Christianity offered me that. The Christian worldview is love.”

That hot bath in 1986 began Suchet’s journey as a reluctant convert. He wasn’t sure what to make of the resurrection of Christ. In 2007 after years of analysis, he found the evidence for the resurrection plausible and the way of faith veritable. Mystery solved. He believed in Jesus Christ.

Suchet is right to consider the physical, attested, bodily resurrection of Christ as central to the Christian faith. “The whole of Christianity is based not only on the death, the crucifixion, of Jesus, but also on the resurrection,” he says. “The early Christians believed He was divine because of the resurrection and without the resurrection, there is no faith. You cannot separate the cross from the resurrection, which is the greatest miracle justifying Christian belief in Jesus’ divinity.” That’s a good paraphrase of 1 Cor. 15.

The Bible connects Christ’s love and resurrection. “Christ Jesus is He who died, yes, rather who was raised, who is at the right hand of God, who also intercedes for us.” In a grand crescendo it declares that nothing, not even death, can separate us from the love of God which is in Christ Jesus our Lord (Rom. 8:34-39). In love Jesus died as a divine sacrifice for your sin, and in love He arose from the dead as evidence of your eternal life. Jesus’ love for you is displayed in history and is no mystery.

Suchet has pursued his new passion by making documentaries about Paul and Peter, and by audio recording the entire Bible. He wants to make it known that Jesus is the Christ, the mystery revealed. Your response? Believe and rejoice!

Doubt to Belief
Scroll to top