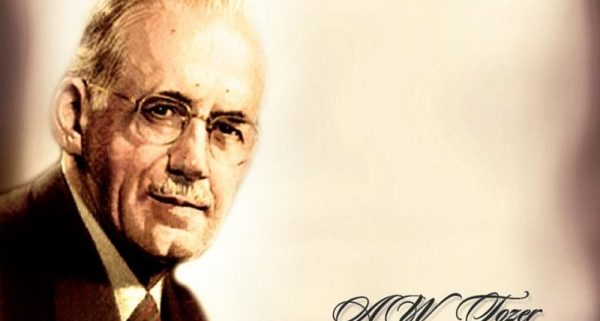 A.W. Tozer was a pastor during the Roaring 20’s, the Great Depression, WWII, Korean War and the 60’s cultural upheavals. You might think what he had to say would be more relevant for those trying times. Not so.

Some know Tozer from his writings on prayer. He is perhaps best known as author of The Pursuit of God, which Warren Wiersbe calls “one of the best devotional books ever written by an American pastor.”  That’s remarkable, considering Tozer had no formal academic training.  His lack of earned letters did not diminish his message about prayer and devotion to God whom he pursued with vigor.

He published this book just a few years after WWII as a collection of ten essays. Though a short book, it is not a quick read due to its intensity and depth.  Consider his thoughts on Ps. 57:5, “Be Thou exalted, O God, above the heavens; let thy glory be above all the earth.”  He writes, “The cause of all our human miseries is a radical moral dislocation, an upset in our relation to God and to each other.  (Mankind) destroyed the proper Creator-creature relation in which, unknown to him, his true happiness lay.  Essentially, salvation is the restoration of a right relation between man and his Creator.”

And Tozer thought there was a radical moral dislocation in 1948! People are still miserable and rather than turning to God, ignore Him who is the very source of true love and happiness.  Culture today encourages people to invent god in their own image, justify the very misery that Jesus can heal, and blame those of us who have found the healing balm for our souls.

Tozer considered himself an evangelical mystic, an unusual label. He defines that as one “who has been brought by the gospel into intimate fellowship with the Godhead.  He differs from the ordinary orthodox Christian only because he experiences his faith down in the depths of his sentient being.  He exists in a world of spiritual reality.  He is quietly, deeply aware of the presence of God.”  A mystic doesn’t just have faith in his life, his life is shaped by his faith; he doesn’t just know about God, he has an intimate fellowship with God.

If I understand the man, Tozer would not have you read his works on prayer for formulaic rituals, nor his devotionals for warm feelings. His challenge is to invite God into the depths of your being and become aware of His reality in the ordinary, joyful, and troubling moments of your daily existence.  Then you will be not just a church-goer, but like Tozer, a mystic.