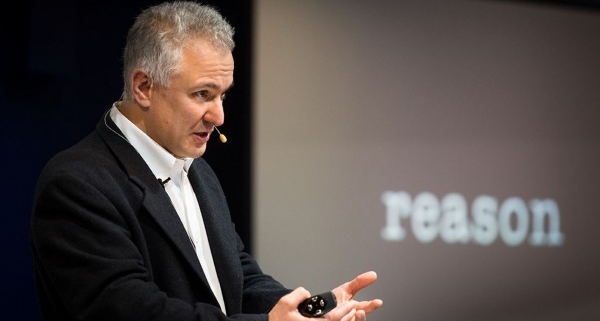 I admire Peter Boghossian.  The atheist professor refused to be muzzled and resigned from Portland State University.

He couldn’t continue teaching critical thinking and ethics due to university policies.  He said, “Students are not being taught to think. Rather, they are being trained to mimic the moral certainty of ideologues. Faculty and administrators have abdicated the university’s truth-seeking mission and instead drive intolerance of divergent beliefs and opinions.”  He called the school “a Social Justice factory whose only inputs were race, gender, and victimhood and whose only outputs were grievance and division.”

Boghossian joins Christians in advocating for open inquiry. Censorship prevents strong arguments from seeing the light of day.  It shines the light on pre-determined conclusions, allowing weak evidence to be the only evidence. When people are denied access to robust dialogue about what’s true and what matters, they parrot as their own the opinion of those who control the dialogue, all the while believing they are expressing an autonomous opinion.

We are left with a culture that mocks the Creator’s design for humans and the best expression of our humanity. That disordered view of reality creates victims. Christians engage our culture, but changing culture is not the end game.  We want people to rise above the cultural confusion, to escape the cultural triviality and idiocy that leads to despair and hopelessness. Those victims need to hear the real story.

We tell that story with scientific evidence that supports intelligent design. We appeal to the logic of objective moral values pointing to God. We share historical evidence that Jesus lived, died, and rose again. We respond to our friends’ opinions asking, what do you mean? How do you know that is true?  What difference does that make? What if you’re wrong? The Truth will set you free!

Jesus engaged skeptics.  He identified the problem – “Everyone who commits sin is the slave of sin,” and offered the solution – “If the Son makes you free, you will be free indeed” (John 8:34-36). Even though people refused to believe Him, He lived, died, and rose again to make it real. Paul reasoned with thought leaders in the Areopagus. He mentioned “the times of ignorance,” and the coming judgment. They sneered when he revealed that God raised Jesus from the dead. But Dionysius and Damaris heard the real story, and believed (Acts 17).

To follow the examples of Jesus and His servant Paul, we continue to engage the world we live in.  We are called to such a time as this.  With joy and hope, we beggars show other beggars where to find bread. Intolerance and cancel culture will not muzzle us. We love and are willing to associate with people who would shut our mouths. Our lives make the truth real, and we are not going away.