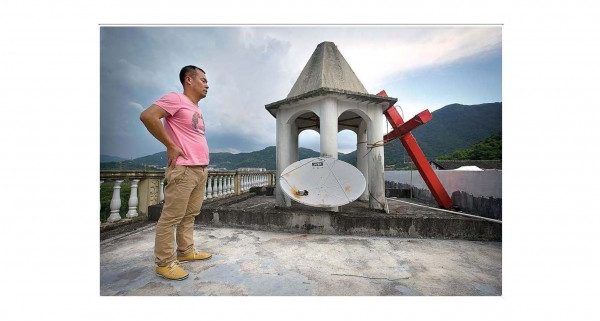 A pattern occurs to me as I read certain news stories of late. These are events from different places and circumstances, but they affirm the same Biblical truth.

Dr. Everett Piper is president of Oklahoma Wesleyan University.  A chapel service message from 1 Cor. 13 included an effective challenge to love others, which offended one student.  Piper’s response in an open letter was atypical for a university president in 2016.  “The primary objective of the church and the Christian faith is your confession, not your self-actualization.  We don’t issue ‘trigger warnings’ before altar calls.  This is not a day care.  This is a university.”

In the province of Zhejiang, China, 2000 bright-red crosses are no longer on church steeples after the government conducted a two-year purge of the Christian symbol. Christians have been resilient, especially in Wenzhou, where more than ten percent of the residents are believers.  The destruction has not stopped the churches from gathering, and many restored their crosses to a visible place other than the rooftop.  Observers point out that there are now more Christians in China than members of the communist party, and this latest intimidation probably reflects fear of the growth of the church.

The Santa Monica Observer ran a story about a seven-year-old boy who “threatened” his school. Each day his mom, Christina Zavala, included in his lunch box a Bible verse and a note.  During lunch break he read it to his friends when they asked.  Soon they asked if Zavala would send them a note too, and she did.  When a child told a teacher his note was “the most beautiful story,” the school dispatched a sheriff deputy to the home to demand this activity stop because “someone might be offended.”

The message of the cross offends people. The Bible calls the cross an offense to those who think God’s favor must be earned (Gal. 5:11).  For the gospel to be effective it must offend the pride that doesn’t need a Savior.  It says that you are a Sinner and apart from the love, grace, and sacrifice of Jesus, you have missed your ultimate calling to know God as he has revealed Himself.

The message may be offensive, but the messenger shouldn’t be. Charles Spurgeon said, “Do not let us make any extra offense of the Cross by our own ill humor, but let us show our love to the Cross by loving and trying to bless those who have been offended with it.”

Karl Barth once advised young theologians “to take your Bible and take your newspaper, and read both. But interpret newspapers from your Bible.” A good place to start is, The word of the cross is foolishness to those who are perishing, but to us who are being saved it is the power of God (1 Cor. 1:18).  Take heart, Christian, and embrace the power.