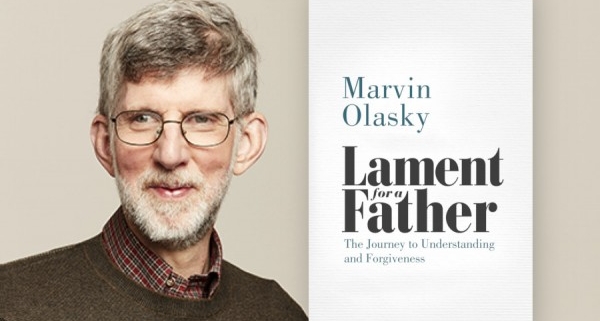 Marvin Olasky is an academic, an author, and a Presbyterian.  That’s why it’s an eyebrow-raiser when he tells about his solitary mystical experience.

In his book, Lament for a Father,” Olasky explains he was an atheist (and Marxist) pursuing a PhD in American Culture in the 1970’s. One afternoon he was reading Lenin. (“We must combat religion. It is the opium for the people.”) He became distracted and fell into a trancelike state. He was in a dark corridor with closed doors on both sides. He pushed one open, and experienced an explosion of light. He knew it was God. For the next eight hours, he sat still while his mind raced with questions. Then he wandered the campus in the cold and darkness of night. The next morning, he was no longer an atheist.

One of his next steps was to read Matthew’s gospel in Russian, focusing on each word. He read, “The Child who has been conceived in (Mary) is of the Holy Spirit. She will bear a Son; and you shall call His name Jesus, for He will save His people from their sins” (Matt. 1:20-21). He did not want to be a Christian, but over the next three years he journeyed toward the truth about Jesus. He was a professor at San Diego State when he embraced faith in Jesus as his Savior.

Unlike Olasky, Richard Dawkins is still an atheist. But Dawkins likes Christmas traditions – singing carols, decorating a tree, giving gifts. He calls himself a “cultural Christian.”  That also describes church attenders who reject the virgin birth and other miracles. If no supernatural or spiritual reality exists, then Jesus was only an attractive (and deceptive) religionist who impressed his followers so much that they thought they saw him alive after he died.

To reject miracles is to reject the Jesus of the Bible. Accept them and “you have a Savior who came voluntarily into this world for our salvation, suffered for our sins upon the cross, rose again from the dead by the power of God…The difference between those two views is the difference between two totally diverse religions” (Gresham Machen, Christianity & Liberalism).

Well-meaning people of an atheist or cultural religion mindset can enjoy the giving and good will of Christmas for now. Just be aware that the truth behind the trappings beckons you to consider who Jesus is, and to believe in Him as the living God, the God of miracles! Everything may look different tomorrow morning, per Olasky.

The lyrics of the song “Jesus Saves,” (Cottrell and Moffitt) include, “Day is breaking, night is quaking, God is making all things new. Jesus saves!” That is Olasky’s darkness-to-light story. He writes, “It’s forty-five years later, and my gratitude to God keeps growing. To God be the glory.” That can be your story, too.