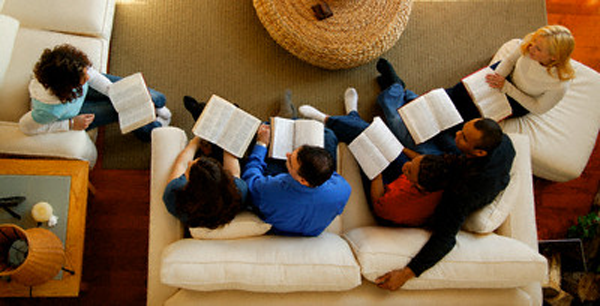 Even though churches and denominations have distinctive beliefs, most have a form common to the modern Christian church. Dr. Ed Stetzer recently blogged about a different form as old as the church itself, and becoming more common today.  He has two doctorates and works as a researcher, but his observations are more than ivory tower ideals because he has also served as a pastor and church planter.

Various authors label this form as simple church, or house church. You may have heard about the growth of Christianity in China through house churches, but the movement is not limited to that restrictive country.  Stetzer prefers the label “organic church,” which hints at the differences from traditional church.  Organic churches do not have buildings, programs, or paid clergy, but they do not emphasize that.  Their idea is that less is more.

Stetzer’s research indicates that the focus of organic church is discipleship. I would define that as helping believers apply God’s Word as they follow Christ.  He finds that in the U.S., organic church is more likely to be found on college campuses and urban, high-density areas where the cost of real estate is high.  According to Stetzer, “People who are disenfranchised, weary, or intimidated by the more institutional and organized forms of church may be open to an organic church.” Such believers and seekers might live anywhere, even in rural areas and small towns.

Organic churches may be networked, but they exist across denominations. Stetzer, a Southern Baptist, admits that he almost lost his job once for defending organic church as an authentic expression of the body of Christ.  He still supports it as he expects this form of church to grow.  Referring to the early church meeting in homes, Stetzer encourages believers to “cast their boat into a new sea that is really as old as the New Testament church.”

An older pastor once told me, “Not everyone is a good candidate for your church.” Likewise, if a person is looking for highly proficient music and well-organized children’s activities, they will gravitate toward traditional churches, and most communities have excellent choices for those.  All healthy churches believe that Jesus is Lord and His church is people, not just a building, program, or meeting.

Jesus once declared, “I will build my church.” If history is any indication, He will accomplish that in different ways and forms, some as old as His Church itself.

Perspective on the News

Not God’s Type
Scroll to top