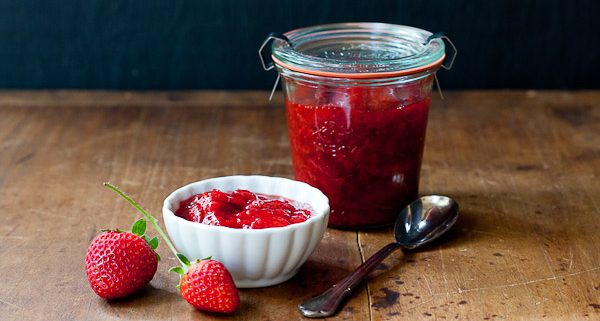 I learned how to make canned preserves.  This new kitchen hobby was prompted by a harvest of strawberries, caused by a decision last year to plant, because I inherited an interest in growing food from my farmer Dad, who was also raised on a farm.  And the causes march resolutely backward in time.  Everything has a cause, a series of causes, and ultimately a first cause, if you think about it.  The first domino has to be pushed over.

Philosophers have dissected this idea for ages.  If the origin of the universe is uncaused then a Creator is not needed.  If there is a First Cause, who is it, and what are the implications for our destiny?

Only a force outside of the universe could be the First Cause.  The ancient Hebrews came to know this First Cause as YHWH, the timeless and uncaused God of the Bible who spoke the world into existence ex nihilo, or “out of nothing.”  It is not irrational that “by faith we understand that the worlds were prepared by the word of God, so that what is seen was not made out of things which are visible” (Heb. 11:3).

In love, God has communicated to you about origin and destiny.  The ultimate destiny of creation, including you, is to worship the Creator.  From John’s vision, “Every created thing which is in heaven and on the earth and under the earth and on the seas, and all things in them, I heard saying ‘To Him who sits on the throne, and to the Lamb, be blessing and honor and glory and dominion forever and ever’ ” (Rev. 5:13).  God created you to eternally occupy the place Jesus prepared for you.  He said, “I am the Way” to that place.  By faith in Him, your destiny is sure.  That’s good news!