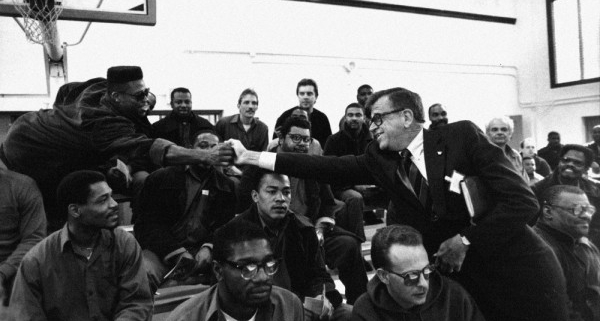 Chuck Colson wrote, “If we fail to stand for Christ at that place where the world is denying His Lordship, we are missing the mark.” The death of George Floyd and the following violent events are such a denial. Christ is Lord over how we treat one another. You won’t hear that narrative in the “outrage” media.

To stand for Christ is to think, speak, and act as He does. When He walked this earth, Jesus befriended rich and poor, dejected and rejected, Samaritan and Syrophoenician, untouchables and unlovables, the hated and the unnoticed. The Christian gospel begins with love, Jesus said (John 3:16). Hate has no place in the life of a believer, either as an action or a reaction. Martin Luther King, Jr. said, “Let no man pull you so low as to hate him.”

A rejection of “otherness” is built in to human nature. We use race, culture, and language as sieves of acceptance. Yet God uses that very tendency to show Himself, by contrast, through the lives of his followers. “By this all men will know that you are My disciples, if you have love for one another” (John 13:35). Life in Christ transcends “otherness” and is a powerful contrast to a disoriented, misguided world.

Aleksandr Solzhenitsyn put his finger on the real issue. “The line dividing good and evil cuts through the heart of every human being.” It’s about me. The good news is that Jesus is in the heart-changing business! William Wilberforce wrote, “Is it not the glory of Christianity to extinguish the malignant passions; to curb the violence, to control the appetites, and to smooth the asperities (abrasiveness) of man; to make us compassionate and kind, and forgiving one to another; to make us good husbands, good fathers, good friends; and to render us active and useful in the discharge of the relative social and civil duties?” True renewal in Christ Jesus is quite evident, especially to the “other.”

I am encouraged by the activities of the One Race movement, an organization based in Atlanta. They emphasize our commonalities, since God “made from one man every nation of mankind” (Acts 17:26). They promote The Atlanta Covenant which includes, “We believe that cultural reconciliation is inherent to the gospel of Jesus Christ and it is only through the gospel that reconciliation between cultures is possible. There is no power other than the power of the cross of Christ that is able to destroy historic cultural divisions and bring unity and peace.” Amen to that.

The Bible describes a heavenly scene. “A great multitude which no one could count, from every nation and all tribes and peoples and tongues, standing before the throne and before the Lamb” (Rev. 7:9). When you set aside “otherness” and stand for Christ, you will see a bit of heaven on earth.

Change of Heart
Scroll to top