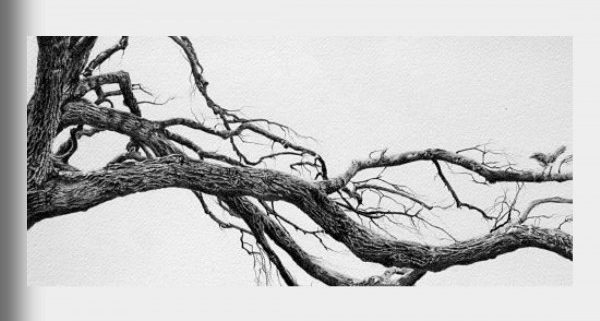 Dancing on stage in a recital for little girls would frighten most dads. But sometimes a father has to go out on a limb for his child, if for no other reason than to demonstrate his love.

Michael and his 10-year-old daughter Lauren decided that they wanted to spend more time together. So they hatched a secret plan for him to not just take her to dance lessons, but to participate. On the day of the recital, Lynne (mom) looked frantically for Michael who was apparently about to miss it. The recital began and Lauren entered the stage dancing. Lynne was stunned and emotional when Michael joined and danced with Lauren, making the memory of a lifetime. (See “The Recital” on YouTube.)

There was another father once who had to go out on a limb. He had to risk his reputation and honor. He was engaged to be married, but he became aware that she was carrying a baby that was not his. In fact the child was no man’s but who would believe it? The baby was Jesus, the mother was Mary, and you know the man as Joseph. Despite the honor of serving as step-father to the Messiah, the Bible records no spoken words of his. Apparently he was more a man of action. He was obedient to God, he protected Mary and the Child, and he provided for them by plying his carpenter trade. His role as “Nourisher of the Lord” was celebrated in medieval times during the Feast of Saint Joseph, an early expression of Father’s Day.

In his book “God Came Near,” Max Lucado considers Joseph’s choice between sitting on a branch and climbing out on a limb. “Joseph knew that the only thing worse than a venture into the unknown was the thought of denying his Master. As things turned out, Joseph’s fears were justified. Life wasn’t as comfortable as it had been. At times that limb must have bounced furiously in the winds. But you can be sure of one thing. He never regretted it. One look in the face of that heavenly toddler and he knew he would do it again in a heartbeat.”

Being a father and indeed being a Christian involves some risk-taking, and it is not easy. It seems especially so these days, but that is not a new thing. Climbing out on a limb for God and family takes faith and courage. The good news is that we are not left to our own strength, and the reward is great. “Now may our Lord Jesus Christ Himself and God our Father, who has loved us and given us eternal comfort and good hope by grace, comfort and strengthen your hearts in every good work and word” (2 Thes. 2:16-17).

How Awesome
Scroll to top