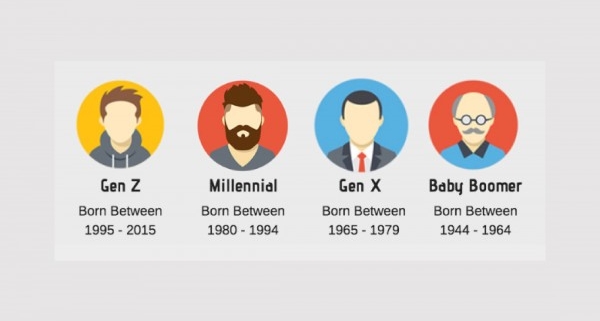 When is the next election for U.S. President? When is the baby due?  When did the U.S. declare its independence?  The assumption behind these questions is that important events are marked by their place in time.

We humans are wired to understand things by their place in time. Demographers use a person’s birth year to explain common characteristics, hence the labels Baby Boomer, Generation X, and Millennial.  Disney recently began using this disclaimer to warn that some of its content is marked by its place in time: “This program is presented as originally created.  It may contain outdated cultural depictions.”  If you don’t know what a beehive hairdo is or if you can’t figure out your smart phone, then style or technology hints that you may be of a different time.

The fact is, we are creatures limited by time, at least in this life. That is surely why God chose to reveal Himself within the confines of time, even though He exists outside of time.  In this way we could truly know Him.  Otherwise, humanity’s thoughts about religion, philosophies of life and death, and attempts to make sense of the world are speculations at best.  But when God intervenes in history, well that has gravitas.

Christians are not the only ones who explain the world though encounters with an incarnate god. But there’s a big difference.  Dorothy Sayers mentions the Egyptian god Osiris and the Greek god Zeus, then writes, “But in most theologies, the god is supposed to have suffered and died in some remote and mythical period of pre-history.  The Christian story on the other hand, starts off briskly with a place and date: ‘When Jesus was born in Bethlehem of Judea in the days of Herod the King’ (Mat. 2:1).  St. Luke, still more practically and prosaically, pins the thing down by a reference to a piece of government finance.  God, he says, was made man in the year when Caesar Augustus was taking a census in connexion with a scheme of taxation.  Similarly, we might date an event by saying that it took place in the year that Great Britain went off the gold standard.”

We celebrate Christmas because God chose that place in time to take on human flesh. He then spoke to us in a way we can comprehend.  “God, after He spoke long ago to the fathers in the prophets in many portions and in many ways, in these last days has spoken to us in His Son, whom He appointed heir of all things, through whom also He made the world” (Heb. 1:1-2).  What He has spoken to you is, “He who believes in Me will live even if he dies” (John 11:25).  The gift of Christmas is that by faith, you are no longer limited to a place in time.

Marginalized No More
Scroll to top