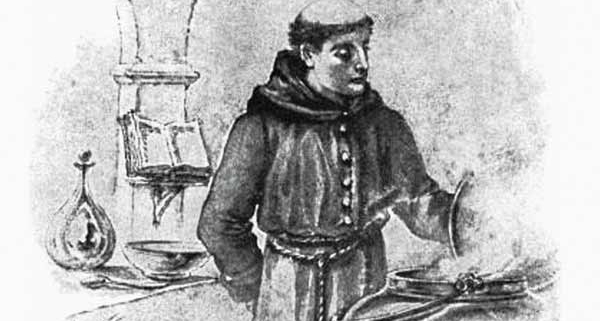 I hope you haven’t been victimized by a misconception about prayer. We could all use a refresher on the subject since it is vital to a living soul. So, let me point you to someone who lived an unusual life of prayer.

First, may I disabuse you of the notion that prayer consists of telling God what you want? The problem is if the genie in the sky doesn’t cooperate, you conclude something’s wrong with you, or him. Prayer, according to the Bible, is far more serious and profound than that.

We would have enjoyed knowing Nicolas Herman (1614-1691). After years as a soldier, he entered a monastery in Paris. His job? The kitchen. He is known today as Brother Lawrence, and something of his life is captured in the book, The Practice of the Presence of God. His peaceful and joyful demeanor derived from a certain intimacy with God which attracted people.

His life reflected this verse: “Rejoice always; pray without ceasing; in everything give thanks; for this is God’s will for you in Christ Jesus” (1 Thes. 5:16-18). To him, prayer was not a bowed head, a quiet time, or religious words. He could pray without ceasing because he cultivated an awareness of God’s presence in every moment. Even in the kitchen, taking care of business.

It seems that the Brother didn’t really see the need for scheduled devotional times in the monastery. He said, “The time of business does not with me differ from the time of prayer; and in the noise and clatter of my kitchen, while several persons are at the same time calling for different things, I possess God in as great tranquility as if I were upon my knees.”

This nudges us toward a relational frame of mind. “In Him we live and move and exist” (Acts 17:28). “The Spirit of God dwells in you” (1 Cor. 3:16). Lawrence said, “How can we pray to Him without being with Him? How can we be with Him but in thinking of Him often? And how can we often think of Him but by a holy habit which we should form of it?” When he had to focus on work, he would pray, “O my God since thou art with me, and I must now in obedience to Thy commands apply my mind to these outward things, I beseech Thee to grant me the grace to continue in Thy presence.”

His conclusion? “There is not in the world a kind of life more sweet and delightful than that of a continual conversation with God.” Said another way, a lifestyle of abiding in Jesus inspires prayer. “He who abides in Me and I in him, he bears much fruit, for apart from Me you can do nothing” (John 15:5). As you abide, so you’ll pray.