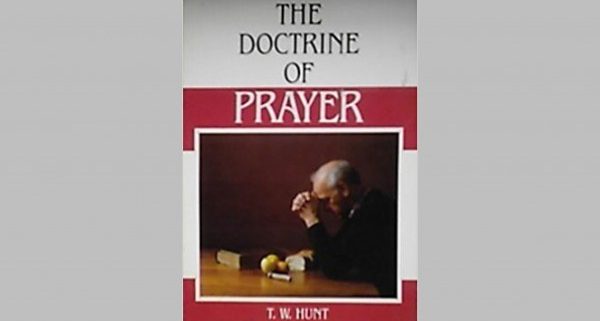 Once I attended a prayer conference held by a sincere group of people. The hours of messaging about prayer finally ended with a brief blessing over the meal, the only prayer of the conference.  A bit ironic?

The National Day of Prayer is a call to pray, and not just talk about it. Dr. T. W. Hunt is considered by many an authority on prayer.  Hunt was a seminary professor who died in 2014 at the age of 85.  He published several titles and spoke extensively on the subject.

Hunt credits a Christian businessman for influencing him. Bob Maulden used prayer rooms in his home and business.  Hunt wrote, “I had never known anyone so completely given to prayer.  Bob’s faith so intrigued me that I began studying the prayers of the Bible, and my own prayer life was transformed.”

In his book, “The Doctrine of Prayer,” Hunt follows the Lord’s Prayer (Mat. 6:9-13) to summarize most prayers as one of five forms. We do not dialogue with God in only one way.

Adoration, or worship, acknowledges who God is. “Our Father, who is in heaven, hallowed be Your name.”  Thanksgiving is related to this form of prayer, and is a response to what God has done.  A Psalm can prompt you, such as, “It is good to give thanks to the Lord, and to sing praises to Your name, O most high” (Psa. 92:1).

Intercession is what Hunt sees in “Your kingdom come, your will be done.” He writes that “prayer on behalf of others reaches its highest goal when it is intended to bring the kingdom and accomplish the will of God.”  The best way to pray is for someone to embrace the rule and will of God.

Petition is praying for your own needs, as in “give us this day our daily bread.” Jesus said, “Everyone who ask receives, and he who seeks finds, and to him who knocks it shall be opened” (Matt. 7:8).  Hunt explains that such prayers express dependence, earnestness, and persistence.

Repentance is implied in “forgive us our debts.” Hunt points out, “For the Christian this is not asking for a legal cancellation of sin” since Jesus took care of that at the cross.  Confession reminds us to be wary of the desires of the flesh that are contrary to our identity as Jesus-followers.

Deliverance from evil is as great a need today as ever. The devil “prowls around like a roaring lion, seeking someone to devour” (1 Pet. 5:8), and we see that on the news each day.

Enrich your prayer life by using all the forms of prayer in Jesus’ model prayer. Join other believers in your community to pray on the National Day of Prayer.  The date for 2017  is Thursday, May 4.