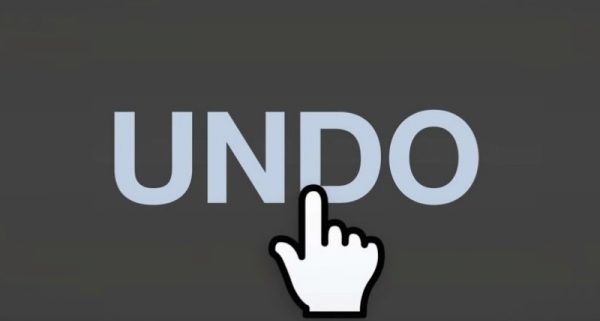 As he told his story, I could hear pain, if not see it in his eyes. The story was not unlike mine and yours, since we all would like a redo on events of the past.  But even though we cannot change the past, we can deal with it in the present and future.

His story was a case of “what-if.” As a young man, his father invited him on a business-related road trip, with a lot of driving in a short time.  He felt like his reason for not going was trivial, especially given the consequences.  There was an accident.  His father may have fallen asleep at the wheel.  We’ll never know for sure.  “What if I had gone with him?”  Even if he had, the outcome could have been worse, not better.  His mother may have been burying a son also, not just a husband.  His regret was a cancer of the soul.

Regret over missed opportunities, wrong choices, and unfortunate reactions can harangue a person with troubling voices. “That was a stupid thing to do.  I’m stupid.”  “I failed, so I’m worthless.”  “I’m unlovable and I’ll never forgive myself.”  The term “skeletons in the closet” implies they’re always there, ready to rattle their bones and haunt you.  It doesn’t have to be that way.

Christian truth is for life today, not just eternity. You see that in Jesus’ many ordinary encounters with hurting people.  If there was ever a man to have regret, it would be Jesus’ disciple Peter.  He followed Jesus for years, watching him heal, teach, and prophecy.  He had ample reason to love and trust Jesus.  Then came that dark night when fear and self-preservation overcame that love and trust.  Peter thrice denied even knowing Jesus.  Remorse.  Shame.  Regret.

Jesus understands the human condition. He knew Peter loved him and meant no harm.  So there on the beach, after a breakfast of fish and bread cooked over charcoal, Jesus asked Peter three times if he loved him.  Each time Peter responded “yes,” Jesus gave him an assignment showing he was forgiven, loved, and needed.  Jesus wanted no haunting skeletons in Peter’s closet.

Nor does he want any in yours. Faith in Jesus means accepting that only He can restore that image of God in you that is marred by the human experience.  His forgiveness empowers you to redeem the past by learning from its mistakes, accepting its consequences, and making it right if you can.  Jesus loves you and wants you in his grand enterprise of spreading His love to the rest of the hurting world.  You can do that much better without carrying around that un-healed regret. “If we live, we live for the Lord” (Rom. 14:8).