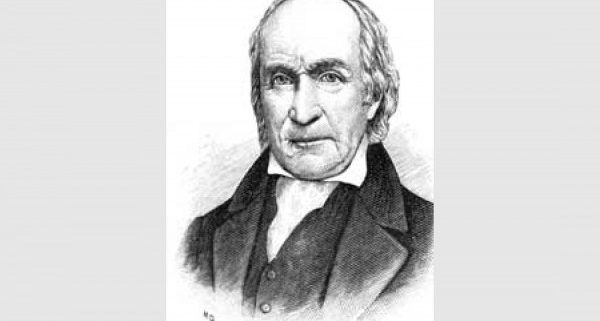 Americans declaring independence from Great Britain was audacious.  It launched a historic effort to apply the loftiest principals of self-government known to the world.  Many who engaged the task are familiar names, some serving as President.  But less known is the contribution of a Baptist minister, John Leland.

Leland was an influential Virginian in the 1780’s during that post-war period prior to the adoption of the constitution.  Fellow Virginian James Madison became known as the “Father of the Constitution” because he researched, wrote, and defended the proposed constitution more than any other person.  Yet his election as a Virginia delegate to the constitutional convention was not always sure.

Baptists in England and the colonies had suffered government sanctioned ill-treatment as non-conformists, including confiscation of property and imprisonment for preaching.  Leland demanded an end to it.  He said, “The liberty I contend for is more than toleration. The very idea of toleration is despicable; it supposes that some have a pre-eminence above the rest to grant indulgence, whereas all should be equally free, Jews, Turks, Pagans and Christians.”

Since the proposed constitution had no such protections, he opposed Madison’s election.  So Madison paid a visit to Leland, and gave his word that he would advance religious liberty and a full bill of rights in return for Leland’s support, and both men kept the bargain.  In 1787, the U.S. Constitution was signed in Philadelphia.  The Bill of Rights followed in 1791.

Leland and Madison believed that the state should not force citizens to support a church in violation of their conscience.  True liberty means the freedom to live according to your conscience, limited only by the rights of others.  But the founders never envisioned the rights now conferred upon the citizenry that are in direct conflict with Americans’ first freedom.

Religious liberty is now in the way of the sexual revolution and the new morality of personal preference.  That is a danger to all.  Al Mohler writes, “Religious liberty will not long survive if it is reduced to a private sphere with no public voice. The very freedom to preach the Gospel of Jesus Christ is at stake, and thus so is the liberty of every American. Human rights and human dignity are temporary abstractions if they are severed from their reality as gifts of the Creator. The eclipse of Christian truth will lead inevitably to a tragic loss of human dignity. If we lose religious liberty, all other liberties will be lost, one by one.”

Jesus has given us a freedom politics and law cannot deny.  “If you continue in My word, then you are truly disciples of Mine; and you will know the truth, and the truth will make you free.  So if the Son makes you free, you will be free indeed” (John 8).  May God bless America by preserving our liberty to believe and live that.

Origin and Destiny
Scroll to top