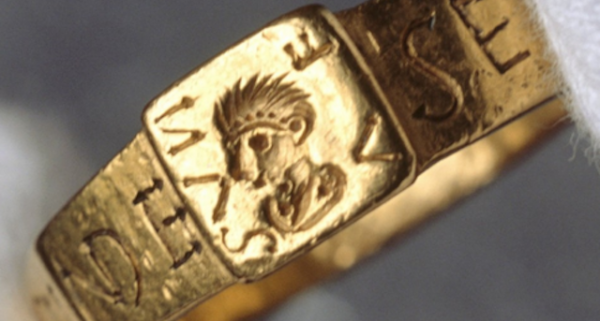 Are you keeping your resolutions for this year so far? Even if you don’t ride the resolution rollercoaster, from time to time most of us recognize the need for different behavior to benefit our health, relationships, or lifestyle. What moves us from recognizing our vices to acting more virtuously?

Plato posits one answer. In “Republic” he refers to the legend of the Ring of Gyges. The story is about a shepherd that discovered a cave in a mountainside after an earthquake. The cave was the tomb of a corpse still wearing a golden ring. He took the ring, and later discovered that it gave him the power to become invisible at will. Plato believed that someone with such a ring would certainly use it to commit hidden acts of injustice. His point was that the fear of exposure is what animates virtue, you know, “It’s only wrong if you get caught.”

Believers know differently. We are motivated by the life of Christ Himself. As his disciple, you have laid aside the old self and the former manner of life, and are renewed in the spirit of your mind. You “put on the new self, which in the likeness of God has been created in righteousness and holiness of the truth” (Eph. 4:24).

If only this truth meant instantaneous virtue. Hypocrisy lies in wait for your behavior to belie your beliefs. How does this happen? Maybe you hear the lie that your past defines your identity. Maybe it’s your “secret” if no human is looking, which was Plato’s point. For a believer, these lies facilitate slouching toward deception, disobedience, and disgrace, which is simply not who you are in Christ Jesus.

It helps to consider your actions as either of darkness or light, of death or life. “All things become visible when they are exposed by the light, for everything that becomes visible is light. For this reason it says, ‘Awake, sleeper, and arise from the dead, and Christ will shine on you’ ” (Eph. 5:13-14). It also helps that your past mindset does not define you. “Do not be conformed to this world, but be transformed by the renewing of your mind, so that you may prove what the will of God is, that which is good and acceptable and perfect” (Rom. 12:2).

A noble resolution for this year, and for every day actually, is to put on your new self which is like God, righteous and holy. “Be imitators of God, as beloved children, and walk in love, just as Christ also loved you” (Eph. 5:1-2). Let that love be the motivation for your resolutions, and for life.