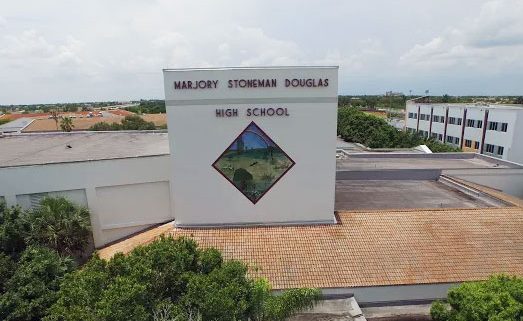 The latest mass shooting once again has us debating, “How do we restrain such behavior?” Fueled by the emotion of the moment, the political posturing may answer the question with new laws.

It’s sort of a domino question, as some wonder how to restrain the lawmakers. Sir William Blackstone influenced early American legal theory, arguing that eternal, immutable laws of good and evil, i.e. natural law, govern lawmaking. In the early 20th C., Oliver Wendell Holmes wrote Supreme Court opinions based more on “the felt necessities of the times,” unrestrained by the original text of the U.S. Constitution.

Regardless of the theory of jurisprudence, godlessness leads to chaos, which leads to more laws which cannot fix the original problem. Prisons are full of people who were not restrained by the most cleverly crafted laws. More to the point, the shooter at Douglas High in Parkland Florida broke numerous laws.

Even the law of God did not restrain him. “You shall not murder” (Ex. 20:13). Everyone has a God-given awareness of morality, a conscience that will be friend or foe “on the day when God will judge the secrets of men through Christ Jesus” (Rom. 2:14-16). Self-interest does not always restrain either. British psychiatrist Theodore Dalrymple said, “How many people does each of us know who claim to seek happiness but freely choose paths inevitably leading to misery?”

The solution is “the law of the Spirit of life in Christ Jesus” (Rom. 8:2). It resides inside the believer and effects a cognitive change. “This is the covenant that I will make with them after those days, says the Lord: I will put My laws upon their heart, and on their mind I will write them” (Heb. 10:16). John Piper explains it this way: “Real obedience to God is made possible through the work of Christ for all who believe in Him. God does the decisive work of taking out the heart of rebellion and putting in the heart that loves the commandments of God.”

Same idea: “Walk by the Spirit, and you will not carry out the desire of the flesh” (Gal. 6:16). “Those who belong to Christ Jesus have crucified the flesh with its passions and desires” (Gal. 5:24). “You may become partakers of the divine nature, having escaped the corruption that is in the world by lust” (2 Pet. 1:4).

People who belong to and walk with Christ Jesus inherit a certain restraint, evidence of God’s grace. This is the Kingdom of God coming, His rule in your life. Even if you don’t believe it, you should hope that a disturbed, angry loner with access to a gun does. Better to be confronted by love, joy, peace, patience, kindness, goodness, faithfulness, gentleness, self-control, which is the fruit of the Spirit (Gal 5:22). Against such there is no law.

The Cross
Scroll to top