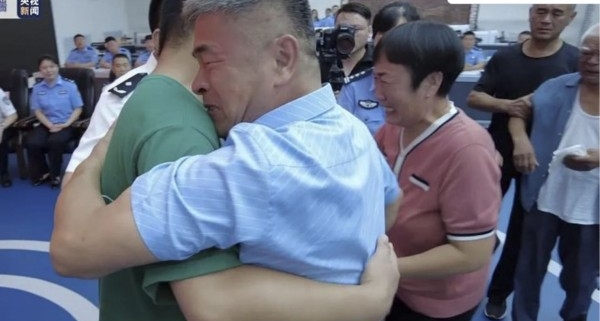 Guo Gangtang suffered a father’s worst nightmare. In 1997, his 2-year-old son was abducted.

A 2015 movie, “Lost and Love,” documents the Chinese man’s epic search for his son. He traversed most of China handing out flyers and proclaiming his cause. He wore out 10 motorcycles while traveling 300,000 miles. He slept under bridges, suffered bone crushing accidents, and endured highway robbery. But his search was unrelenting. He said, “Only by searching can I feel like a real father. It’s impossible for me to stop.” The movie ends as Guo continues in his cause, driven by love for his lost son.

Guo’s persistence reminds me of Francis Thompson’s poem, “The Hound of Heaven.” These verses portray the relentless love of the Heavenly Father who pursues his children through the ups and downs of life. “Up vistaed hopes I sped; And shot, precipitated, Adown Titanic glooms of chasmed fears, from those strong Feet that followed, followed after. But with unhurrying chase, and unperturbed pace, deliberate speed, majestic instancy, they beat…” The poem’s protagonist finally realizes what’s happening and why. God seeks because He loves.

That is the message of Jesus’ stories in Luke 15. The shepherd searched for one of his 100 sheep, then “calls together his friends and his neighbors, saying to them, ‘Rejoice with me, for I have found my sheep which was lost!’ ” The story of the woman rejoicing over finding her lost coin illustrates the “joy in the presence of the angels of God over one sinner who repents.” But the story most like Guo’s is about the father who ran to greet his lost son. The father says, “Let us eat and celebrate for this son of mine was dead and has come to life again; he was lost and has been found.”

Now, the rest of the story. This month, Guo and his wife found their lost son, now in his 20’s. Seeing him, his mother cried, “My baby, you came back!” Their son’s abductors had sold him in a neighboring province. He was raised well and had a university education. How must he have felt when he learned that his birth parents never gave him up for adoption, never stopped loving him, and never ended their search for him! Guo reflected on the 24 year ordeal saying, “Everything can only be happy from now on!” The father’s relentless search led to a joyful reunion.

Jesus’s stories show that you, too, are the object of a great quest. Your story is God’s story when by faith in Christ Jesus you are reconciled to Him. “He will exult over you with joy, He will be quiet in his love, He will rejoice over you with shouts of joy” (Zeph. 3:17). That is the Father rejoicing because you are reunited with him by love.