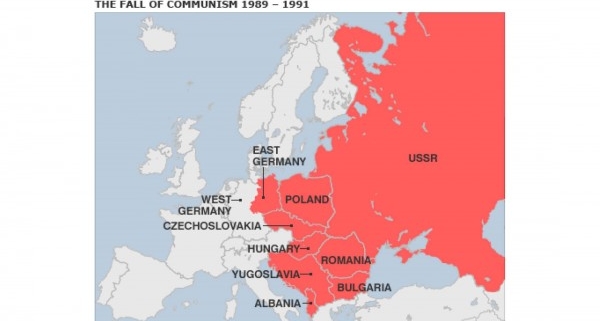 A U.S. physician became alarmed by his elderly mother’s observations.  She spoke from her experience resisting communism’s early advances and as a political prisoner in Eastern Europe.  Rod Dreher recounts the story in his book, Live Not By Lies.  Recent stories of “cancel culture” in the U.S. alarmed the lady and recalled her history.   Similar to that 20th C. movement, a damaging ideology is pitched today as something good, even in a religious way. Don’t get caught in that net.

Dreher describes it like this: “It masquerades as kindness, demonizing dissenters and disfavored demographic groups to protect the feelings of victims in order to bring about social justice.  The contemporary cult of social justice identifies members of certain social groups as victimizers, as scapegoats, and calls for their suppression as a matter of righteousness.”  Unless you are one of the oppressed classes, you may not speak.  It’s about levers of power and redistribution of wealth. It even brands religious freedom as bigotry.

You cannot dismiss this as campus wokeness.  It does exist in education, but also in politics, business, and the media. It brooks no dissent and divides people into two classes: oppressed and oppressor.  It affirms its adherents in anything they feel or believe, even if it is self-destructive.  It knows nothing of repentance and reconciliation, only retribution.  It self-defines righteousness.  It rejects the basis of equality, that all people are created in God’s image. Can such defects yield true justice?  The prophet Habakkuk wrote about this some 2600 years ago.  “Strife exists and contention arises. Therefore the law is ignored, and justice is never upheld. For the wicked surround the righteous; therefore justice comes out confused” (Hab. 1:3-4).

So how do Christians face any ideology that denies truth? Christianity is more than a set of beliefs and behaviors.  It is more than a worldview.  It is a relationship with the Creator who forms your new identity in Christ.  We are people who love God and neighbor, as Jesus said.  So trust God’s Providence to accomplish his purposes regardless of people who live as though he doesn’t.  “The righteous will live by his faith” (Hab. 2:4), not by hate, fear, or coercion.  Offer refuge and truth to those damaged by cultural lies. Forgive those who would cancel you because you do not live by those same lies.  “I will rejoice in the God of my salvation (not in this rising ideology.) The Lord God is my strength” (Hab. 3:18-19).

When enough people demanded truth and liberation in Eastern Europe, communism collapsed. History shows that the followers of Christ and his gospel outlasted it.  As history reveals, the dark secrets of any modern ideology cannot remain hidden from the light of God’s revealed truth.  Side with your Creator and you will be on the right side of history.

Boldly and Joyously
Scroll to top