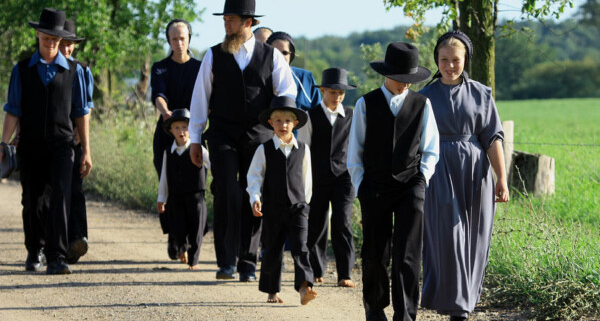 Amish fathers let their young adult offspring explore the world outside the boundaries of their faith community. It’s a rite of passage.

It’s their “rumspringa,” translated “jumping around.” It’s a time to experience the temptations of living among the “English,” to look for a spouse, or decide if they will embrace the faith of their parents. I admire the courage of Amish fathers who release their children to either exercise responsible choices or sow wild oats.

That’s not unlike a story Jesus told about a young man who could no longer bear living at home. He demanded and received an inheritance from his father, which he used to fund his rumspringa far from home. When money ran out, he took a job feeding pigs. He was hungry enough to eat the pig food. He knew his father’s hired men had it better than him, so he went home to ask his father for a job.

He was willing to endure the humiliation of the whole household seeing him return in such a state. It was an act of repentance after learning the hard lessons of life away from father. How did the father respond? “While he was still a long way off, his father saw him and felt compassion, and ran and embraced him” (Luke 15:20), ignoring the stench of hog pen on the son’s tattered clothes. The father showed love and forgiveness as he welcomed his son home.

In a way, life on this earth is a rumspringa. The Creator designed the world to have beauty and purpose. But it is also a place you can sow wild oats and live life your way. Life can be harsh as it teases the aroma of happiness while you slog through the muck of pig pens. Life can stink, forcing you to consider what’s real, what matters.

How do you respond when life stinks?  “We were burdened excessively beyond our strength,” Paul writes, “so that we would not trust in ourselves, but in God who raises the dead” (2 Cor. 1:8-9). You have a Heavenly Father who loves you. Come home.