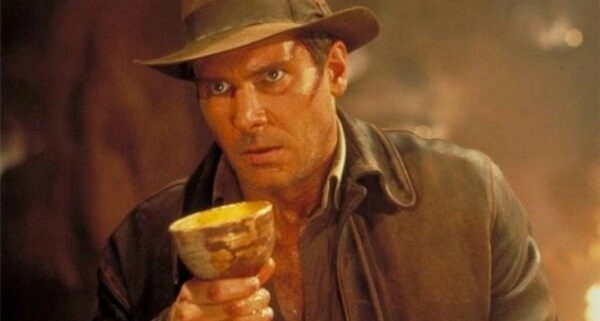 In “The Last Crusade” movie, Indiana Jones pursues the holy grail.  Near the end of the journey he faces a chasm with no way to cross. “It’s a leap of faith,” he mutters, as he steps into the abyss. To his surprise, his foot lands on a bridge he cannot see.

It takes no climactic leap of faith for you to board an airliner to Paris. People have been riding the winds above the Atlantic Ocean for nearly 100 years since Charles Lindbergh showed us the way.

The difference between these two is blind faith vs. seeing faith.  It matters because the Christian faith is not a blind faith. In its worst form, blind faith doesn’t care about what is true – it believes anyway. Those who reject a religion of blind faith are right to do so, but don’t accuse Christians of being taken captive by such “empty deception” (Col. 2:8). We see reasons to believe.

God has proven that He will reveal Himself in human history and reality. He showed Himself to Moses in the burning bush. Babylonian King Nebuchadnezzar saw a fourth person in the fiery furnace, and was overwhelmed by that reality of God Almighty. Thomas doubted no longer when he saw and touched the resurrected Jesus. Jesus even showed his authority to forgive sins by making the paralyzed man get up and walk (Matt. 9). All these encounters resulted in visible evidence – reasons to believe.

Do you see the evidence of the Bible? It had 40 human contributors spanning 1500 years writing in three languages, yet it is a coherent narrative of human history and experience. It has hundreds of prophecies, some very specific, all written centuries before Jesus fulfilled them. It explains what you see now: the universe exists, evil persists, and morality is universal. It explains why you yearn for beauty, admire innocence, and cling to life. It explains brokenness, justice, restoration, and hope. The Bible makes sense of the world as you experience it.

Do you see the evidence of creation? As you would expect, the more science discovers about the material world, the more it points to a prior intelligence. (I recommend Stephen Meyer’s new book, The Return of the God Hypothesis.) Creation is God’s other “book.” The Bible says, “His eternal power and divine nature have been clearly seen, being understood through what has been made” (Rom. 1:20).

Indiana Jones exercised blind faith in search of the cup that gives eternal life. That plot line appeals because eternity is set into the human heart (Ecc. 3:11). In the real world, to possess eternal life is to believe in a real Jesus who lived, died, and lives again. The evidence you can see is the foundation of your faith. Faith is not a blind leap into darkness, it’s a step into the light.

War and Peace
Scroll to top