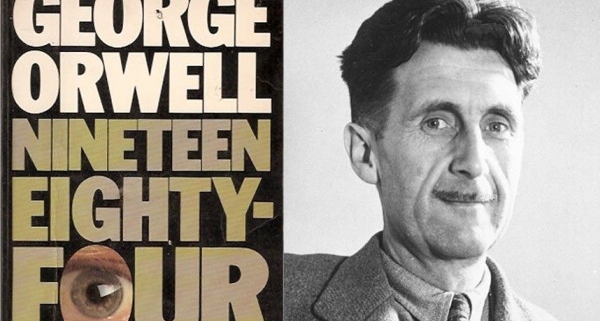 The great contradiction of our technological age is that so much information can be gathered about us, yet that does not satisfy our basic need to be known.

The slogan in George Orwell’s fictional Oceania is “big brother is watching you.” That phrase has become a metaphor for modern surveillance methods and concerns over personal privacy. We are way beyond the days of wiretapping. Facial recognition software and artificial intelligence make all kinds of surveillance frighteningly possible. China has implemented “social credit system” technology that monitors who goes where, and for what purposes. In America, they say TV’s are looking back at you and Alexa is always listening. The National Security Agency can intercept phone calls and track web browsing. American politicians rail against spying on ordinary citizens because people do not want everything they do to be known by the government.

Yet we yearn to know and be known. The lyrics of pop culture captures that sentiment. Back in the day, The Who sang, “Who are you? Who who? Who who? I really want to know.” Modern Swedish artist Zara Larsson sings, “Nobody sees, nobody knows. We are a secret can’t be exposed. That’s how it is, that’s how it goes.” Culture decries a life lived in secrecy or isolation as a tragic loss for humanity. We are created for community.

It is particularly lonely if you think not even God sees or knows you. Yet, the Bible says, “From His dwelling place He looks out on all the inhabitants of the earth. He who fashions the hearts of them all, He who understands all their works” (Psa. 22:14-15). The God who fashioned you, understands you. The context here is that God knows when you are trying to be independent and self-reliant. But He looks for something else. “The eye of the Lord is on those who fear Him, on those who hope for His lovingkindness, to deliver their soul from death” (v.18-19).

Don’t caricature God as Santa Claus, who sees you when you’re sleeping or awake, and knows if you’ve been bad or good. God already knows you’re bad – “all have sinned” (Rom. 3:23). He looks into your life to know whether you “exchange the truth of God for a lie” or worship your Creator (Rom. 1:25). When you accept what God knows about you and trust Him with your soul, then you know what it means to fear Him.

God knows more about you than any technology can capture. The God who fashioned you also sees you, loves you, and invites you into community with Him. It is His mercy that gives you hope. As you rely on Him you have reason to rejoice that He knows you personally. Is there any other way to respond to the One who sees?

No Longer I
Scroll to top