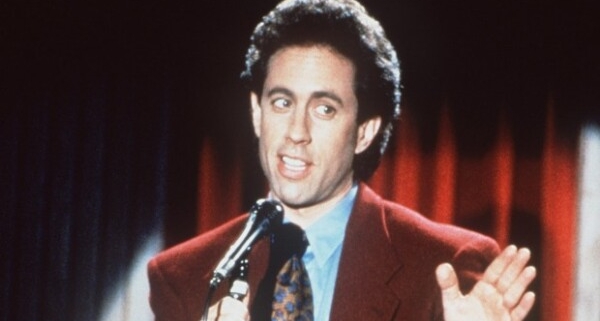 OK class, our lesson today is self-awareness. Let me show you a variety of ways it shows up. Then we’ll get personal.

Jerry Seinfeld is the master of observational comedy. Once, he was thinking about his role in a wedding. “Pretty good title, I thought … ‘Best man.’ I thought it was a bit much. I thought we had the groom and the ‘pretty good man.’ That’s more than enough. If I am the best man, why is she marrying him?” His self-awareness is funny.

On rare occasions, self-awareness shows up in politics. A woman politician, Tulsi Gabbard, came to a clarifying realization. She decided to disassociate from a group of people she believes lacks self-awareness. “It is the height of hypocrisy,” she said, “for those who claim to be champions for women over decades to deny that there is such a thing as a woman.” Her self-awareness led to action.

Here’s an example from my (other) profession as a civil engineering consultant. A group of homeowners invited me to discuss options for their failed dam. The lake was a mud bowl and the state regulators were bearing down. For the first 20 minutes we stood on the dam while one guy’s mouth was a pipe with no valve. They wanted to hear from me, but he wanted to hear himself. He was completely oblivious that he was wasting everyone’s time. I finally said, “Sir, you need to switch from transmit to receive. If you want to hear from me, you must stop talking.”

And yes, I’m guilty, too.  Not long ago I had one of those days that makes you feel harassed and unproductive. Rather than checking it all at the threshold, that evening I got snippy with the missus. It wasn’t her fault. I failed to be self-aware. She has her own story, too.  Once she did lunch with friends only for one of them to complain, “I just don’t have any friends.” Ouch.

Jesus did lunch at Simon’s house, only for the host to become critical of a certain sinful woman. Jesus set up a scenario about a banker forgiving the loans of two debtors. One owed much and the other owed little. “Which of them will love him more?” He asked. “The one he forgave more,” Simon answered. Jesus’ point was that the woman was more than a little self-aware. “Her sins, which are many, have been forgiven, for she loved much, but he who is forgiven little, loves little” (Luke 7).

This is the personal part. The more self-aware you are about your need for forgiveness from a holy God, the more you love Him for taking the penalty of your sin on the cross. Self-awareness makes you a happier and more likeable person. It also makes you a more steadfast and loving follower of Jesus.

A Wondrous Thing
Scroll to top