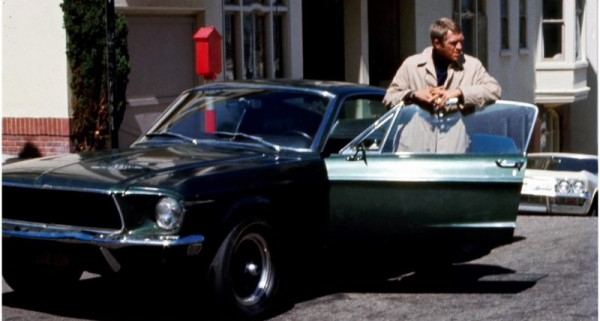 Remember actor Steve McQueen?  He was known as the “King of Cool.”  Do you know what his most valued possession was?  It’s probably not what you think.

The 1968 Ford Mustang GT 390 used in his movie “Bullitt” splashed ink into the movie memorabilia headlines in 2018.  After the car’s location had been a mystery for decades, its owner agreed to display it at a car show in Detroit.  McQueen had tried several times to buy the famous Bullitt Mustang.  The last time was in 1977, ten years after he filmed the movie.  He never owned it.

McQueen had a reckless bad boy image.  It started young.  Abandoned in his infancy by his father, his mother handed him over to her parents.  At age eight, she took him back.  The stepfather was abusive, so he lived as a delinquent on the streets.  His mother eventually remanded him to a home for boys.  He left there at 16 for serial jobs as a merchant marine, oil field roughneck, and carnival barker.

He joined the U.S. Marine Corps in 1947.  They instilled some discipline in him, but only after he spent time in the brig.  After his enlistment, he took up acting.  But even while becoming the world’s highest-paid actor, his life was plagued by broken relationships and substance abuse.

In his late 40’s, he started pilot training.  His flight instructor was Sammy Mason.  Mason became a father figure to McQueen, but more importantly he was a Christian willing to offer answers to McQueen’s questions about God and faith.  McQueen began attending church with Mason.  Within three months he had enough answers, so Steve McQueen believed in Christ Jesus.

Six months later, he was diagnosed with a form of lung cancer caused by asbestos.  After U.S. doctors told him no other treatment was available, he sought alternatives in Mexico.  It was there Billy Graham visited him, and gave McQueen his personal Bible.  It immediately became McQueen’s most valued possession.  He died three days later with that Bible in his hands.  It was just before Thanksgiving in 1980.  He was only 50.  Now you know the rest of the story, also told in his wife’s book Steve McQueen: The Last Mile, and the movie Steve McQueen: American Icon.

When life on this earth becomes uncertain, what matters most becomes crystal clear.  But lest such an experience cause you to have regrets, reflect on the reference Billy Graham wrote in the Bible he gave McQueen.  “For I am confident of this very thing, that He who began a good work in you will perfect it until the day of Christ Jesus” (Phil. 1:6).  No matter what stage of life you participate in the gospel of Christ, God will finish what he started in you.  That was good news to Steve McQueen.