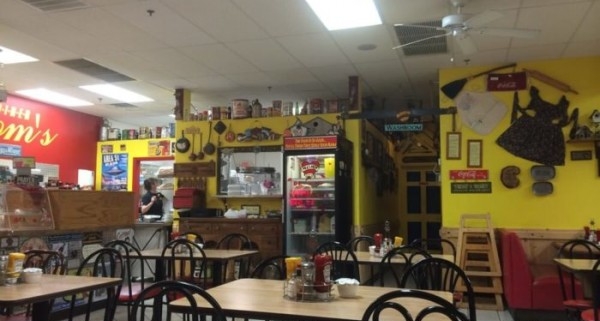 A friend and I stopped at a small, mom and pop restaurant. While waiting for our order, the proprietor sauntered over to our table to amuse us with a math challenge.

As he explained it, three men went to an inn and procured a room for $30, which they split equally. Later the innkeeper gave the bellhop $5 to return to the men. The bellhop decided to return $1 to each man, meaning each man paid only $9. So, $9×3=$27, the bellhop kept $2, so that makes $29. The final dollar disappeared, he said.

It turns out that I had heard this framing trick before, and my friend is a math teacher. So we laughed politely, and quickly unraveled the problem for him. To our astonishment, he became agitated and insisted, “No, that’s not right! Numbers lie, and you can’t trust math!” We explained again, and he retorted that he’d told this story many times and we were the only ones that wouldn’t admit the dollar was indeed lost in the mysteries of math.

The proprietor derived a certain ironic pleasure from the trick, which to him was not a trick at all. For him to believe the truth we presented plainly to him on the back of a napkin meant that he would have to admit error and abandon his arrogant conclusion that you can’t trust math.

I heard it said once that a skeptic doesn’t believe what is true and a cynic doesn’t care what is true. Our restaurateur clearly didn’t care to consider the truth about the math because that would have damaged his sense of superiority over math and affected his ability to impress customers with cleverness. He was a suffering cynic.

Jesus made a blind man see. The man and his parents knew who did it. But under withering inquisition, the parents refused to admit the truth. To say anything good about Jesus would mean a fall in their standing in the community. Their son told everything he knew, but his questioners would not accept it. To do so would mean their standing would change as well. The cost of truth was too high for them.

Jesus said, “For judgment I came into this world, so that those who do not see may see” (John 9:39). Seeing and accepting the truth about Jesus has a cost, the loss of standing and respect in a culture increasingly hostile to people of faith. But to ignore Jesus’ claims for that reason is to suffer as a cynic, and a hostage to the fear of shame. The mistake cynics make about Jesus is not realizing that the benefits of faith far outweigh the cost.

We could have told the proprietor that we didn’t care if our check was right and refuse to pay. But we aren’t cynics.

Hope and Truth
Scroll to top