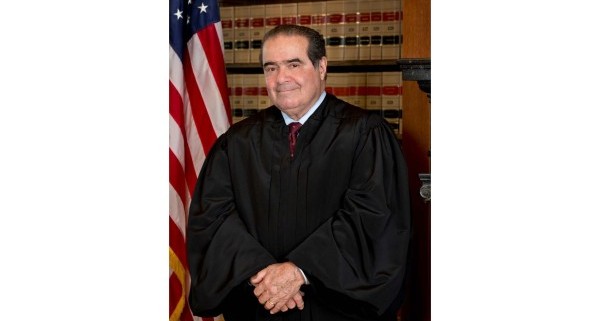 Supreme Court Justice Antonin Scalia died in his sleep during a quail hunting trip to Texas this month.  He was 79.  His passing shocked those who relied on his intellect to keep this country within its constitutional boundaries.  His departure adds new drama to this election year.

He was the longest-serving current Justice, nominated by Reagan in 1986. His wit during oral arguments and his fiery dissenting opinions are legendary.  He was committed to the original meaning of the Constitution’s text, rather than the modern legal theory of a living document that can be changed per the mood of the day.  Though polar opposites on the bench, he was close friends with Justice Ginsburg, against type for Washington elites.  President Obama said, “He will no doubt be remembered as one of the most consequential judges and thinkers to serve on the Supreme Court.”

Justice Scalia was a devout Catholic and a defender of religious liberty. He said, “I think the main fight is to dissuade Americans from what the secularists are trying to persuade them to be true: that the separation of church and state means that the government cannot favor religion over nonreligion…To say that’s what the Constitution requires is utterly absurd.”  Thomas Jefferson did not even practice that interpretation of the phrase he coined.  Scalia believed that America is great to the extent that we follow our founders.  “One of the reasons God has been good to us is that we have done Him honor.  There is nothing wrong with that, and do not let anybody tell you that there is anything wrong with that.”  I would add, why abandon what made America free and good?

America was fortunate to have such a Justice because if secularism is successful in removing all vestiges of our Judeo-Christian heritage, the unintended consequences may be overwhelming (i.e. Europe?).  Even the atheist proponent of secularism, Richard Dawkins, admits that Christianity provides a bulwark against destructive worldviews.  Ravi Zacharias said that what threatens Western culture is “a rabid secularism that cannot provide a basis for moral reasoning.”  Is that what Scalia endeavored to protect us from?

Elections have consequences, such as Scalia serving 27 years after Reagan left office. They did their bit and we do ours: pray and vote!  Much is at stake this year.  But even if your candidate loses, rejoice that “God reigns over the nations” (Ps. 47:8). Providence means that God guides creation to His intended purposes, and causes “every nation of mankind to live on all the face of the earth, having determined their appointed times and the boundaries of their habitation” (Acts 17:26).  May the God of Providence guide this nation and as they say, may “God save the United States and this honorable court.”