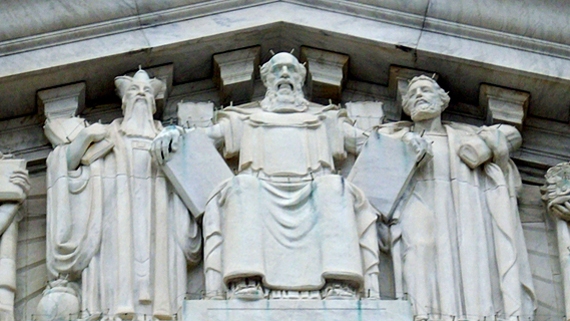 In case you didn’t notice, the Senate finally finished vetting a candidate for a seat on the U.S. Supreme Court. Of course you did. The news cycle was filled with emotionally and politically charged stories. It was a boon for those who sell news by writing headlines and counting eyeballs. They made us feel it.

All seemed normal until an accuser stepped forward late in the confirmation process. Wildly different truth claims emerged. The gloves came off. No Marquis of Queensberry Rules. Finally the latest FBI report came in, but it changed the feelings of few. The new headline posted the report summary and invited, “Judge for Yourself.” What, judge my feelings? No way.

We used to be a post-modern culture, so they say, meaning we are entitled to our own private and unassailable truths. But the term of the day is now “post-truth.” That means feelings matter more than facts and truth. Isn’t that what trigger warnings and safe spaces are about?

If feelings trump truth, it means opponents can claim the other does not want the truth to come out, when what they mean is my feelings are paramount. It means deceptions and distortions of facts are irrelevant. It means preferences change your feelings rather than facts change your mind. You’ve heard the saying, “Don’t confuse me with the facts. My mind is made up.”

We’ll live in this emperor-has-no-clothes fairytale until we recover the sanctity and reality of objective truth. It is a sole light source that casts out darkness. It is exclusive and intolerant, calling out other claims as posers. Truth matters in a court of law, in the accounting office, in a medical practice, and in bridge construction.

Truth also matters in matters of faith or non-faith. Consider the self-evident truths that nothing can cause itself, that humans have a sense of morality and self-awareness, and that living organisms have irreducible complexity. These point to a Creator, unless of course, you feel differently.

Pluralism’s intellectually dishonest claim is that all paths lead to truth. Feels good, but the problem is that world religions assess different problems, with varying solutions and destinies (topic for another day).

Jesus’s purpose is truth. At His trial, He answered Pilate, “You say correctly that I am a king. For this I have been born, and for this I have come into the world, to testify to the truth. Everyone who is of the truth hears My voice.” Pilate said, “What is truth?” (John 18:37-38). Good question!