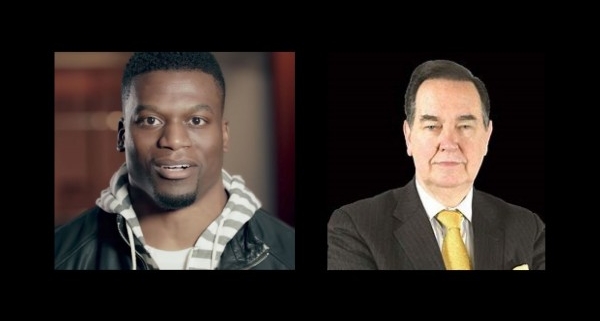 This warning could not be more applicable to movements afoot in America today.  Those movements clamor for free healthcare, food, real estate, and abortion.  They would dispense with the traditional family, capitalism, police, and jails.  They divide the world into two classes – oppressor and oppressed.  Ironically, the success of those campaigns would ferment more oppression because they have misdiagnosed the problem.  That happens when you don’t get the Big Story right, or if you believe there is no Big Story.  It’s just us, them, and destructive chaos.

By contrast consider Benjamin Watson, a pro football player.  In 2014, his social media post after the events in Ferguson, Missouri went viral.  After identifying with the emotions of the moment, he diagnosed the problem.  “Ultimately the problem is not a SKIN problem, it is a SIN problem,” he wrote. “SIN is the reason we rebel against authority. SIN is the reason we abuse our authority. SIN is the reason we are racist, prejudiced, and lie to cover for our own. SIN is the reason we riot, loot and burn.”  Whether you call it sin or not, you can see that something is wrong in the world.  That is because: (1) The source of morality is your Creator; (2) God’s morality is right for everyone, not just for those who believe it; and (3) Everyone has some sense of that morality, even if you try to suppress it.

Watson didn’t leave it there.  Having put his finger on the problem, he continued.  “But I’m encouraged because God has provided a solution for sin through His Son Jesus and with it, a transformed heart and mind—one that’s capable of looking past the outward and seeing what’s truly important in every human being.”  Watson knows the Big Story.

Justice and transformation are the language of the Christian worldview.  But if you borrow that language, indict other people or the system as the ultimate oppressor, and seek transformation by public policy, then you have fallen into the “empty deception according to the traditions of men.”   In a recent commentary Cal Thomas spoke about the power of the gospel of Jesus Christ.  “Any real solutions to our societal problems must have it (the gospel) at the center.  Any purported solution that omits it is no solution at all.”

Do you agree with an almost-octogenarian commentator and a NFL football player?  Who informs your opinions?  Are you a captive to the whims of this cultural moment? Only by faith can the oppressed be set free and the oppressor transformed.  That is the truth according to Christ.

J. I. Packer
Scroll to top