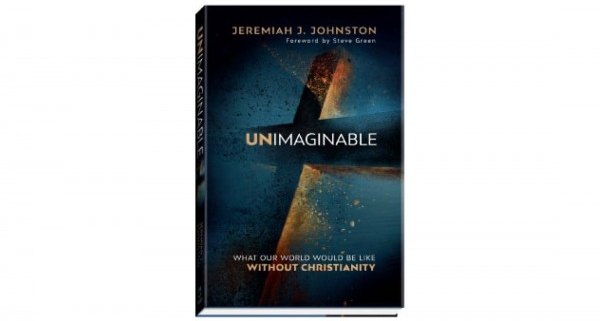 Journalist Mindy Belz spoke truth to power at the 2019 Ministerial to Advance Religious Freedom sponsored by the U.S. State Department.  She argued that a culture will miss the Christian community when it’s gone.

Belz has a deep resume of reporting from war-torn areas while embedded with affected communities.  She said, “In Iraq, Christians formed the backbone of the middle class.  They were the shopkeepers and professionals.  Without them, Iraq is poorer.  The ‘victims,’ then, aren’t only those who are targeted.”  A society that pushes Christians to the margins writes itself into a groundless, exploitative pulp fiction.  It ignores the true stories of the past and present that tell of Christians seasoning cultures with compassion, dignity, and charity.

In ancient Rome, we rescued babies left to die, tended people sick with plagues, and fed the hungry including non-Christians.  In the Middle Ages we founded universities and advanced science and medicine.  Today we have organizations like these 2019 Hope Awards for Effective Compassion recipients: Scarlet Hope in Louisville, that rescues exploited women; Little Light Christian School in Oklahoma City that educates children of prisoners; 20schemes in Scotland that lifts people from poverty, crime, and addiction; Watered Gardens in Joplin, MO, that helps jobless and homeless men; and Purposeful Design in Indianapolis that provides woodworking jobs to former prisoners.

In his book, Unimaginable, Jeremiah Johnston describes how Christians benefit humanity, and why.  It’s because believers past and present have seen by this light: “God is loving; human life (that is, all life – old, young, sick, healthy, disabled, afflicted) is sacred to God; and…believing the kingdom of God was coming and yet in their midst, they prepared by caring for the sick, marginalized, and hurting, immediately.”  Indeed, that is what Jesus taught in his Sermon on the Mount, considered a magnum opus of ethics for His followers (Matt. 5-7).  And did He not elevate love of God and neighbor (Matt. 22:37-40) as the greatest commands?  Even if an individual or culture does not accept Jesus’ teachings, they will benefit from having people around who take them seriously.

Jesus said, “You are the salt of the earth; but if the salt has become tasteless, how can it be made salty again?” (Matt. 5:13).  Make no mistake.  It’s not just about a grain of salt.  It takes many shakes of the shaker to bend the flavor curve, even as each grain does its part.  Simply said, you are part of something far larger than yourself when you participate in what the Father is doing in the world.  Jesus said He did only what the Father directed (John 5:19), and He’s our example.  God is glorified, and your life, family, and culture are more savory when your life of faith is lived so that people taste the salt.