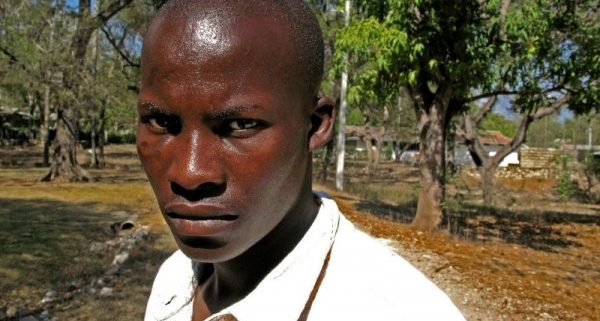 It was a sequence of events that left me feeling caught up in something beyond my control, wondering what just happened. It’s a true story from when I lived in Haiti.

A fellow (I’ll call him KT) in our village always seemed a bit unhinged. The rope he used for a belt around his cut-off pants was a rather conspicuous place to keep his blade.  His reputation was ruffian.

One afternoon I was driving a Land Rover truck home from a neighboring village. Seeing an unusual commotion ahead, I stopped.  “A man just fell off the back of your truck!” they shouted.  I looked back to see a man lying in the road, holding his head. Unbeknownst to me, he had jumped in the back of the truck, only to be pitched out when we encountered a particularly non-maintained location in the road.

I helped him into the cab and rushed to the hospital. I parked, helped him inside, and began to visit with friends who worked there.  I thought nothing else about it until someone rather breathlessly informed me that my passenger was KT’s brother, and KT would surely blame me.  Well, that was a bit unnerving.

I left the hospital on foot along the trail to our house nearby where my wife and children would be glad to see me. Up ahead, behind a large tree near the trail, I saw a man’s foot.  I steeled myself for what would likely be an unpleasant encounter.  As I approached, KT stepped out as though to startle me.  I greeted him politely hoping to diffuse the tension.

“You hurt my brother. I was going to wait for you at your house,” he said, hooking his thumb in the rope near his blade.

With concern for my family, I demanded, “What was your business at my house?”

“Well I didn’t stay there.” I pressed for an explanation.

“There was a man in your yard that didn’t want me to stay.” My interrogation intensified with concern now about two men.  Finally in a fit of frustration, he blurted, “I don’t know who it was and I don’t know if he was white or black.  All I know is he was about this tall, and he didn’t want me in your yard,” as he leveled his hand about seven feet off the ground.

In his book, “Angels,” Billy Graham recounts encounters that might be explained as supernatural. Contrary to popular thought, angels aren’t cherub babies with wings, or deceased humans.  The word “angel” means messenger, but the Biblical account expands that role to helper (Heb. 1:14), protector (Psa. 91:11), and warrior (Dan. 10).

So that began my friendship with KT, and his brother was OK. I’m not claiming that an angel was in my yard, but whoever it was, I appreciate the message.