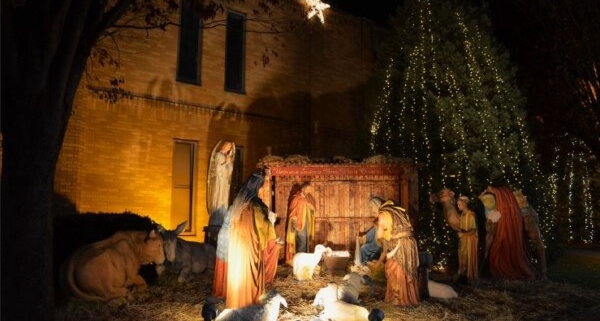 Two figures, bundled against the stiff cold, shuffle past the streetlight. “Only college students go out on a night like this for coffee,” Joan said, glancing at her friend Kara. “Well, only college students are crazy enough,” Kara said, “to wait to the last minute to finish their assignments, then need a java to make the final push!”

The young ladies laugh, hoping the distracting moment of truth would help ward off the cold. There’s another bit of chill, which they have been avoiding. Joan brought her Christian faith with her to college. She had invited Kara to the Christmas program at her church the weekend before finals. “That’s the last thing on my mind. No thanks!” Kara had said. She was content to leave any thoughts about God back home.

Joan still felt the sting of Kara’s rejection. She also had other things on her mind, not uncommon for a first-year student. Was she at the right school, in the right major? Would the student loan debt be worth it? Would she fit in? Would her classmates dismiss her small-town ways as quaint? Those are the thoughts that can push childhood traditions aside. But Joan knew her faith had something to say about her future and who she would be, now that she is on her own. That’s why she found being with fellow believers in church comforting, familiar. Why wouldn’t she share that with her new friend?

They continued along the downtown sidewalk in silence, anxious to huddle over a steamy brew and a warm blueberry scone. They were approaching that church near the coffee shop, the one with the tiny front yard squeezed between two old, red brick store buildings. Kara remembered Joan’s invitation. “You know, I’m sorry I responded that way when you brought up the Christmas program. It’s just that, well, I don’t know what I believe anymore. I just want to focus on finishing the semester.”

“I understand,” Joan said. “I just thought it would be a welcome break for you. Besides, if I care, I should want the best for you, not just in academics, right?” Kara felt a bit put upon, but she knew Joan was sincere.

“I’ll be honest with you,” Kara said. “I don’t know if God is really there. I mean there’s so much pain and darkness in the world. If he is there, why doesn’t he do something about it?” Joan wasn’t prepared to answer that, so she prayed for insight. To hear such transparency from her friend was a gift.

They neared the church. It was hard not to notice. The church had placed a simple nativity scene in the yard, well-lit by floodlamps. Joan caught Kara’s hand and stopped. “There’s your answer!” She pointed to the child in the manger. “He did do something about it.”

A Lighter Burden
Scroll to top