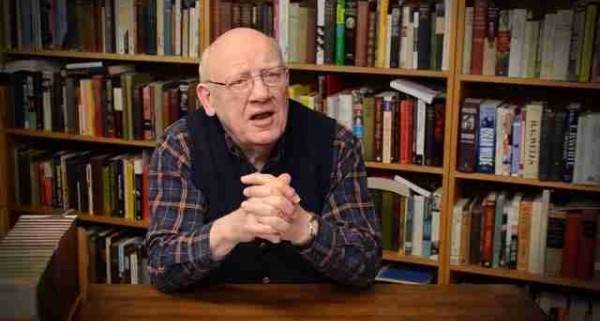 Ralph Waldo Emerson wrote, “There is properly no history; only biography.” I won’t pretend to understand the mind of that transcendentalist, but I agree if he means the present is informed by the past, and the past cannot be understood apart from people.

Today’s biography is that of Warren Wiersbe, who died on May 2, 2019 at age 89. He was a dedicated pastor, radio personality, and prolific author. Noted for his dedication to training ministers, some knew him as “The Pastor’s Pastor.” His grandson Dan Jacobson called him a bridge builder, connecting the Bible to today’s world.

Wiersbe once said, “The writing that men do lives after them.” Some of the more popular writing that outlived the man is his “Be” series, commentaries on the Bible. Some titles are, “Be Loyal” (Matthew), “Be Diligent” (Mark), “Be Compassionate” and “Be Courageous” (Luke), “Be Alive” and “Be Transformed” (John). These are now collected into a set, called “The Bible Exposition Commentary.” He published over 150 books.

You may have heard Moody Radio’s “Songs in the Night” program, featuring uplifting music and meaningful messages. It has earlier roots than 1944, but that’s when a young Youth for Christ preacher named Billy Graham became narrator. Wiersbe occupied that chair in the 1970’s before becoming the radio pastor on “Back to the Bible.”

Wiersbe had a far more significant connection to Graham. In response to Graham’s preaching at a Youth for Christ rally, Wiersbe placed his faith in Jesus for forgiveness and eternal life. He soon began attending seminary, and entered his first pastorate in 1951. He found that what he enjoyed the most, expounding Scripture, became his most effective ministry, a point worth noting. That does not mean it was without challenge. He wrote to his successor at Moody Church in Chicago, Erwin Lutzer, “It’s not an easy road, but if the Lord has called us and put us where we are, He will see to it that we will know His will and accomplish it no matter how impossible it might seem.”

Warren Wiersbe has finished his travels, leaving the land of the dying for the land of the living. He can say with Paul, “I have fought the good fight, I have finished the course, I have kept the faith” (2 Tim. 4:7).

In that same essay, Emerson writes, “Every mind must know the whole lesson for itself,–must go over the whole ground. What it does not see, what it does not live, it will not know.” Might I dare to differ? We need not live another’s life to know and rely on that life’s lesson. That is the premise of another Wiersbe book, “50 People Every Christian Should Know.” Add The Pastor’s Pastor to make it 51.