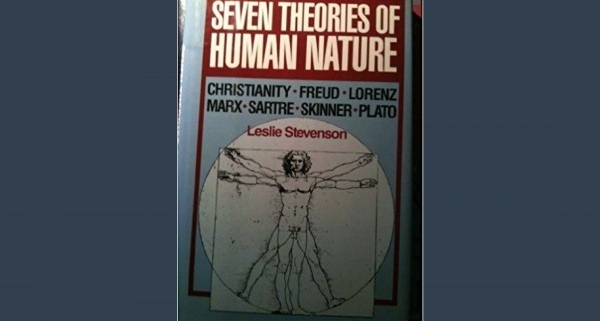 Most of us would not have a job if there were no problems to fix. Teachers fix ignorance. Mechanics fix cars. Carpenters fix houses. Doctors fix bodies. At least they all try, and we appreciate them for it. Have you ever pondered what the world’s ultimate problem is, and what the solution might be?

Leslie Stevenson’s book “Seven Theories of Human Nature” explores that topic and the thinkers that influence Western civilization. Plato thought the problem was the weakness of the physical body. Physical and mental discipline would improve humanity. Karl Marx believed the problem was capitalism’s self-defeating contradictions that would lead to widespread socialism. His solution was for workers to arise and implement a state-controlled economy.

Sigmund Freud counseled that the problem is the inner conflict between desire and conscience. He wanted to minimize the influence of morality advocates. Philosopher Jean-Paul Sarte saw moral restraint as the problem. His solution was to avoid holding objective values.

Psychologist B.F. Skinner believed we are completely determined by our environment and we have no free will. He used behavior analysis and conditioning to improve outcomes. Konrad Lorenz was a medical doctor and scientist that studied animal behavior. He found that the problem is our innate evolutionary aggression, corrected best with positive feedback.

Notice the contradictions. The problem is either human weakness, economics, inner conflict, morality, environment, or evolution. It’s amazing that western civilization advanced despite these discordant voices and their divergent diagnoses.

Stevenson thinks they all miss the point. He writes, “If God has made man for fellowship with Himself, and if man has turned away and broken his relationship to God, then only God can forgive man and restore the relationship.” John’s gospel says we are created, but suffer with spiritual darkness. God’s solution is to shine the Light of Christ, so that “as many as received Him, to them He gave the right to become children of God, even to those who believe” (1:12).

This formula corresponds to the world as we know it. Despite the horrors, ugliness, and evil in the world, glimpses of love and beauty make our hearts yearn for what ought to be. We want ultimate meaning, but we cannot create a deeply satisfying purpose for ourselves. The grace of God is the only solution for a fallen world, and you’ll only find His relational solution after you admit that your problem is you.