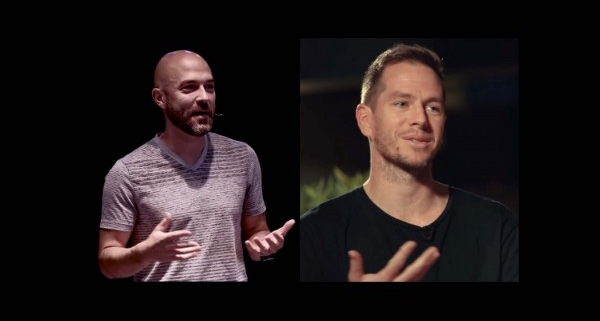 Joshua Harris and Marty Sampson made quite a splash in some circles recently.  They are both religious influencers who announced in writing that they are stepping away from the Christian faith.  That’s disappointing, but should we be surprised?  Probably not.

In recent years, Pew Research Center studies have documented the increase of the “nones” (religiously unaffiliated) in the U.S.  The most oft-cited reasons for people categorizing themselves this way is that they disagree with teachings on religious and social issues.  To unpack that, they find more truth in culture than in Christianity.  Statements made by Harris and Sampson reflect that trend, and raise a question.  Must authentic, Biblical faith pass a cultural litmus test?

Jesus was a bit counter-cultural.  A lot, actually.  Those who considered him a revolutionary used that as the proximate cause of his execution, which he willingly endured for His eternal cause.  He knew His followers would face the risks of cultural pushback and even apostasy, so He warned about it in parables (Matt. 13).  The seeds fell on rocky and thorny places, and they didn’t endure.  The weeds grew with the wheat, at least until they didn’t.

The New Testament book of Hebrews uses some version of the word “endure” eight times in chapters 10 – 12.  The context of that exhortation is faith, and reasons to believe.  It becomes apparent that endurance is the fruit of a well-grounded faith, not the cause of it.  Don’t miss that.  Such faith might make you a public spectacle because of your view of eternity (10:32-34).  But by faith you endure and do the will of God, not of the cultural influencers of the day (10:35-36).  Your time on earth is finite, but by faith your soul endures (10:39).

Hebrews 11, the “hall of faith,” describes the deeds of men and women who had an assurance, a conviction about eternal truth.  They actively resisted the incoherent truth claims of their day, and they are our examples.  They proved the world was not worthy of them.  You do the same when you resist our culture’s confusions such as, when people believe something it becomes their truth; faith is worthless because it doesn’t stop bad things from happening; and, if you don’t celebrate all facets of this cultural moment, you’re a hater and your religion is evil.

So, you’re in a race to the finish line of faith.  The goal is to get there, not to be first.  With all the encumbrances and entanglements around you, how do you endure?  How do you make sure you don’t become a “none” writing an awkward note to those who thought otherwise?  By “fixing your eyes on Jesus, the author and perfecter of faith, who for the joy set before Him endured the cross” (Heb. 12:2).  Believe, and endure.

A Lasting Home
Scroll to top