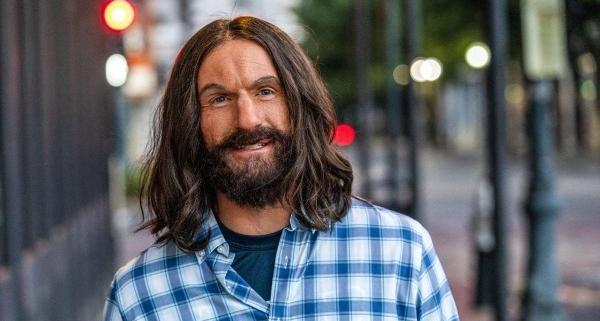 Drew Brees (NFL quarterback) appeared on television earlier this year, but people didn’t know who he was.  Until the reveal.

He filmed an episode of “Undercover Boss” as an owner of Walk-On’s Sports Bistreaux.  In disguise, he worked as a dishwasher.  After experiencing stories of hard work and loyalty among the employees, he and co-owner Brandon Landry surprised them with college scholarships for their kids.  The climax of the show is the reveal and generosity of the owners.

The sad truth is that many people are yet unaware of the greatest reveal in history, and it wasn’t made for TV.  Every two years, Lifeway Research conducts a “State of Theology” poll, asking people to respond to survey statements.  This year’s poll finds that 52% of Americans and 30% of evangelicals believe “Jesus was a good teacher, but he was not God.”  Also, 65% of evangelicals believe “Jesus is the first and greatest being created by God.”  God has revealed Himself quite differently than those two statements.

The Bible portrays a scene in heaven in which the “Ancient of Days” treated the “Son of Man” as God (Dan. 7).  Jesus frequently identified Himself as that Son of Man.  The Messiah is “Mighty God” who would be born as a child (Isa. 9).  Jesus “was in the beginning with God.  All things came into being through Him” (John 1:2-3). Jesus is “before all things, and in Him all things hold together” (Col. 1:17).  Jesus told naysayers, “Before Abraham was born, I Am” (John 8:58), staking his claim to the given name of God.  Jesus is God the Son, not a created being.

The grand reveal of all time happened when the eternal Creator took on a created body and walked amidst His creation. The early church confronted the Arian heresy that denied that fact.  In his day, C. S. Lewis tried “to prevent anyone saying the really foolish thing that people often say about Him:  ‘I’m ready to accept Jesus as a great moral teacher, but I don’t accept His claim to be God.’ ”

Imagine knowing a generous and influential person who never revealed himself.  I’m not talking about Drew Brees, but Jesus.  And the question is not “Who was He?” but “Who is He?”  The reveal is quite good news!