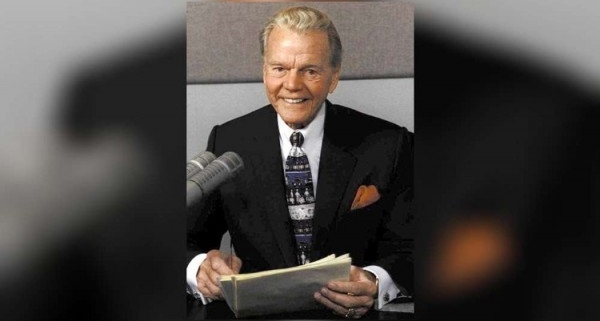 We are searching creatures, sometimes due to real need, but often to escape boredom or pain. We may not even know what we are really searching for, or that we’re even searching!

The winter snows in Chicago chased the middle-aged couple to Arizona for kinder weather. On Sunday as they explored Cave Creek, they spotted a charming little church building. On a whim, they joined the worshipers. The minister spoke with simple elegance about obedience to God. The man was so unexpectedly moved that he responded to the altar call and was baptized that day in 1971, 1700 miles from home. You know the man as Paul Harvey, the legendary radio commentator.

Years prior, it was John 3:16 that moved Harvey to place his faith in Christ. But as he explained, “Something was missing. There was a vague emptiness in my life.” That country preacher hit the mark when he called for total submission to God, with the first act of obedience being believer’s baptism. Harvey recounted, “Submission to God. I began to realize how much of me I had been holding back. Could this be the source of my uneasiness? Afterward, I cried like a baby, a kind of release I suppose.”

C. S. Lewis was also caught off guard. His early life was marked with the pain of losing his mother, the coldness of his grieving father, and the ravages of WWI trench warfare. As an Oxford don, he conducted an intellectual search for truth in atheism, idealism, and pantheism. He was 31 when he finally admitted that God exists, but his theism was only an intellectual position. He often engaged his Christian friends J.R.R. Tolkien and Hugo Dyson, like that long talk during a stroll on Addison’s Walk near Magdalen College one fall evening in 1931. A few days later, he realized that he believed the claims of Christ, and that long talk had much to do with it.

Zaccheus was a rich tax collector, apparently corrupt. He climbed a tree to see Jesus passing by. To his surprise, Jesus wanted to visit with him. As a result, Zaccheus was moved to make amends and Jesus declared, “Today salvation has come to this house!”

Paul Harvey was just attending church when Jesus called him to full surrender. C. S. Lewis was just riding in a motorcycle sidecar to the zoo when Jesus became believable. Zaccheus was just a Jericho paparazzi, but Jesus saved him that day. See the pattern? They were seeking something in their own way, and were startled by living Truth writ large.

The Zaccheus story concludes with, “The Son of Man has come to seek and to save that which was lost” (Luke 19:10). Just like that, you realize yours isn’t the only pursuit, since He was searching for you long before you were searching for Him.