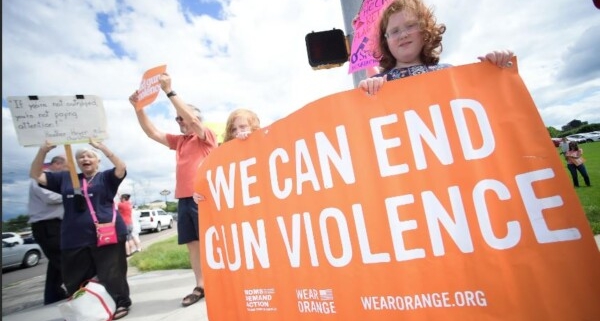 From Columbine (1999) to Sandy Hook (2012) and now Uvalde, our nation’s schoolchildren are under attack by young men. Can we find our way back from this insanity?

Not every problem has a political solution. To be sure, gun control vs. school hardening is a political debate that will continue. But it’s a debate about political band aids when a tourniquet is needed. It’s an illusion to think politics can address the cultural trauma.

An election won’t fix this because politics is not the reason young shooters are psychotic, murderous, and suicidal. Chuck Colson often observed that politics is downstream from culture. So, if the problem of mass shootings is not because of political failure, perhaps it is because the culture has lost something.

Psychiatrist and cultural critic Iain McGilchrist says we are losing a sense of belonging and personal security. In The Matter with Things, he lists six ways the culture contributes to that loss. “If you had set out to destroy the happiness and stability of a people,” he writes, “it would have been hard to improve on our current formula:

(1) remove yourself as far as possible from the natural world;

(2) repudiate the continuity of your culture;

(3) believe you are wise enough to do whatever you happen to want and not only get away with it, but have a right to it — and a right to silence those who disagree;

(4) minimize the role played by a common body of belief;

(5) actively attack and dismantle every social structure as a potential source of oppression; and

(6) reject the idea of a transcendent set of values.”

To help you unpack this, think addictive social media and identity confusion. Replace common values with individual preferences, and natural family with transient relationships. Define oppressors by race and sex. Undermine our institutions. Call dissent “hate.” And ultimately, exchange that great cornerstone of Western Civilization, Christian faith and morality, for tolerance of anything but.

Yet you are not without hope for finding meaning and happiness in this cultural moment. For anyone looking, Jesus said, “I am the way, the truth, and the life” (John 14:6). He offers to connect you to the Father. In that relationship you find wisdom and purpose. Christ is “the power of God and the wisdom of God” (1 Cor. 1:24). You “are His workmanship, created in Christ Jesus for good works” (Eph. 2:10). You are valued, and not here by accident. He has determined your time and location, “that they would seek God…and find Him, though He is not far from each one of us.” (Acts 17:27).

The killing of children shouts a culture’s failures. Reject the noise and insanity. Believe in and walk with your Savior who loves you. Join your fellow travelers who know the Way.