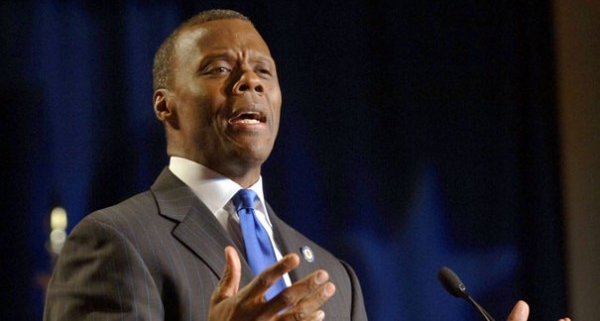 J.C. Watts found success as a college and pro football quarterback, and in politics as a U.S. Representative from Oklahoma.  In between those seasons of his life, he made a startling discovery about himself.

Watts left pro football to become a youth minister.  It was a return to his roots, being raised in church by Christian parents.  That return led to his discovery.  He said, “Like so many, I had put my faith in church work.  I could check a lot of boxes.  A guy came to our church and challenged us to think what we had put our faith in.  I called my pastor that night and said, ‘I think I have this all mixed up.’  I prayed for salvation and was baptized.”  He placed his faith in Christ and experienced a true conversion.

Jesus told a story (Luke 18) about “people who trusted in themselves that they were righteous” but were sadly mistaken.  One man prayed, “God, I thank you that I am not like other people (sinners)…I fast twice a week; I pay tithes.”  The other man prayed, “God be merciful to me, the sinner!”  The former was like the old Watts, checking all the religious boxes.  The latter recognized his soul’s great need, and God’s great mercy.

A true conversion to Christ is quite different than beginning religious activities.  It is entirely possible to be the best church member or a sincere minister (like Watts) and miss the point.  C. S. Lewis addressed that reality in an article he published just before Christmas 1959 in the Saturday Evening Post.  He imagined a demon talking to other demons.  “All said and done, my friends, it will be an ill day for us if what most humans mean by ‘religion’ ever vanishes from the Earth.  The fine flower of unholiness can grow only in the close neighborhood of the Holy.  Nowhere do we tempt so successfully as on the very steps of the altar.”

It’s shocking to think that people could have just enough religion to inoculate them from the real thing.  A true Christian conversion has much to do with who you are, who Jesus is, and what He did.  “All have sinned,” the Apostle Paul warns.  Jesus is God the Son who came to rescue you from your sins by giving His life as a ransom.  That transaction is yours when you answer His call to repent and believe.  Paul described his conversion saying, “It is no longer I who live, but Christ lives in me, and the life which I now live in the flesh I live by faith in the Son of God” (Gal. 2:20).

If you discover you have never been beyond religion or the steps of the altar, go to Jesus for your own true conversion.  “Come to me,” He says.