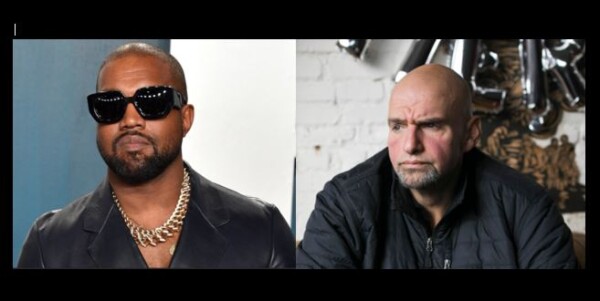 Cringeworthy.  That’s one way to characterize the statements of certain people in the news.

Kanye West (now known as “Ye”) is a wealthy rap artist. During the last election he announced a presidential bid, naming Kim Kardashian and Elon Musk as his chief advisors.  This month he tweeted he was “going death con 3 on Jewish people.” He has publicly disclosed his bipolar disorder, but that doesn’t make his statements less cringeworthy.

John Fetterman is clearly not well yet. He is the current Lt. Gov. of Pennsylvania, running for U.S. Senate. Five months after suffering a stroke, he’s on the debate stage on live TV despite his auditory processing issues. He opens with, “Hi, goodnight everybody.” Despite his previous support of a moratorium on fracking he says, “I do support fracking. And I don’t, I don’t…” I admire his courage. His doctor says he’s fit to serve, but…cringeworthy.

Make no mistake. To cringe at verbal gaffs is not the same as empathy, an emotional competency the world could use more of these days. Empathy figures large in the Christian worldview. “Love your neighbor as yourself,” Jesus said. The good news is you can learn empathy.

Empathy is connecting with someone’s feelings and thoughts and being willing to intervene. Jesus shows us how it’s done. When He encounters the widow from Nain in the funeral procession for her only son, he connects with her grief. He touches the coffin and gives her a reason not to weep (Luke 7:14). You may not raise the dead, but you can raise your awareness of what someone is feeling in the moment. Only then can you know if there more you can do to intervene. The mistake is to make it about you. “Yeah, I’ve been there. Here’s what happened to me…” is not the best way to connect.

You may be less familiar with cognitive empathy, an awareness of someone’s thoughts. It didn’t take a miracle for Jesus to know his disciples’ thoughts. Each wanted an important role in Jesus’ earthly ministry and were openly arguing about it. He calls over a child to make his point. “The one who is least among all of you, this is the one who is great” (Luke 9:48). Empathy connects thoughts to truth. But first you must understand what someone is thinking. Empathy removes the shade of deception from the light of truth.

Finding something cringeworthy takes no investment of energy. But empathy is personal, and it costs something to care and take action. It certainly cost Jesus to have empathy for you. “While we were yet sinners, Christ died for us” (Rom 5:8). He didn’t just cringe at your predicament. He committed the greatest act of love ever recorded in history. To sacrifice for others, friend, is true empathy.