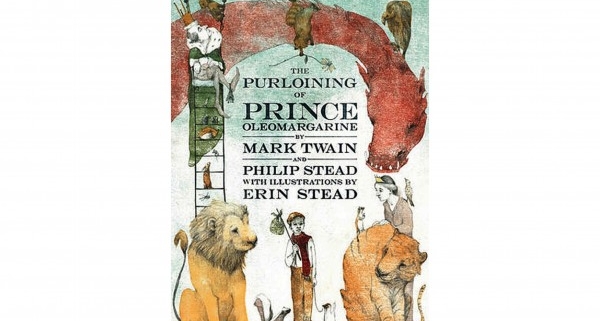 Mark Twain published a book in 2017.  With a little help from Professor John Bird and creative collaborators Philip and Erin Stead, Samuel Clemens (his real name) scored a bestseller 107 years after his passing!

Bird discovered Clemens’ handwritten notes while researching old files.  Clemens had written 16 pages of story fragments for a fairy tale intended for his daughters.  The Steads stepped in to complete and illustrate the story, published as The Purloining of Prince Oleomargarine, a title completely worthy of Clemens’ wit.

So, Clemens wrote a few personal notes, and the Steads applied their literary and artistic acumen to produce an interesting story.  A skeptical view of the Bible is like that.  Maybe a notable person wrote a few words a long time ago, but many others added to it.  So, it’s an interesting, if not implausible story.  I’ve heard other skeptical thoughts: Since people wrote the Bible, their thoughts can’t be more true than ours, and, it’s been translated so many times who knows what the real story is?

Why does it matter?  Because if what the Bible says is true, it is life changing, with eternity in the balance.  When you begin to find it trustworthy, you can begin to hear what it says about God and you. So let me offer a small serving of food for thought.

So what if we have what the Bible writers produced, if it’s still fiction?  Paul anticipated that objection and pointed out that many eye witnesses were still alive to authenticate his writing.  “Christ died for our sins according to the Scriptures, and that He was buried, and that He was raised on the third day according to the Scriptures, and that He appeared to Cephas, then to the twelve. After that He appeared to more than five hundred brethren at one time, most of whom remain until now” (1 Cor. 15: 3-6).

The Bible writers were inspired, not by hope of personal gain or notoriety, but by altruism and eternal truth.  John wrote, “These have been written so that you may believe that Jesus is the Christ, the Son of God; and that believing you may have life in His name” (John 20:31).

The Bible is an anthology of forty writers spanning 1500 years, giving you a faithful account of history and God’s promises to you.  You can trust it.