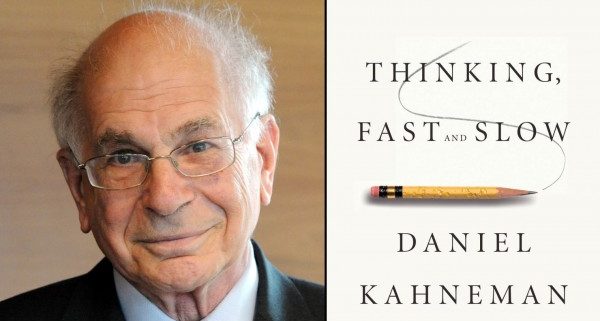 Deceptions abound.  We were well aware that mass media news outlets abuse and omit truth long before someone uttered the term “fake news.”  We know Hollywood sends subtle messages to moviegoers who just want a momentary distraction, not a lecture on political correctness.  But don’t point a finger at those bogeymen because we are perfectly capable of deceiving ourselves.

Daniel Kahneman received a Nobel Prize in Economics as a psychologist.  He summarized much of his life’s work in Thinking Fast and Slow.  In this book, he describes the human mind as System 1 (involuntary) and System 2 (focused).  He writes, “When System 2 is otherwise engaged, we will believe almost anything.  System 1 is gullible and biased to believe, System 2 is in charge of doubting and unbelieving, but System 2 is sometimes busy, and often lazy.”  The result is that often we believe what we want to, despite facts that would lead to a different conclusion, if we bother to consider them.

That human weakness has always been exploited.  In the Garden of Eden, the crafty serpent tempted Eve by questioning what God said, then offered a different viewpoint mixed with just enough truth to make it seem palatable (Gen. 3:1-7).  Who was that deceiver?  “The serpent of old who is called the devil and Satan, who deceives the whole world” (Rev. 12:9).  The greatest deception questions who God is, and persists to this day masquerading as wisdom.  “Though they knew God, they did not honor Him as God or give thanks, but they became futile in their speculations, and their foolish heart was darkened.  Professing to be wise, they became fools” (Rom. 1:21-22).  If you are deceived about God, you are deceived about yourself.

Truth is precious and valuable, so much so that the word appears around 200 times in the Bible.  The Christian worldview sees Jesus not just as a lens to perceive truth, but as the embodiment of Truth.  He came full of grace and truth.  John the Baptist testified to that truth.  The Hebrew Scriptures point to truth.  “You will know the truth, and the truth will set you free.”  Then His big reveal:  “I am the truth.” (John 1:14, 5:33, 5:39, 8:32, 14:6)  Vince Vitale in Jesus Among Secular Gods writes, “Only a Christian can be a lover of truth, in the deepest sense of love, because only Christianity is an invitation to a personal loving relationship with the truth.”

What are you really looking for, the American right to pursue happiness?  It’s a deception to believe that you can find true happiness in anything this world has to offer.  Look for Truth, and when you find Him, you’ll have transcendent joy that no deceiver can spoil.