A person does not become a Christian in a usual place, service, or prayer. There is no typical convert. In fact, if you get a group of believers together to tell their stories, all would be different and some would seem unlikely.

John Stonestreet (Colson Center for Christian Worldview) was on the radio a while back discussing Ana Marie Cox, a writer, editor, and political pundit. She describes herself as “progressive, feminist, tattooed,” not exactly convert material. Yet she recently ‘came out’ as a Christian in a Daily Beast article. On Morning Joe she explained, “I have grace offered to me no matter who I am or what I’ve done. No matter if I’m liberal or conservative or I’ve bone bad things in the past. It’s not that I think you should believe like I do. I have found something incredibly precious, and it’s too precious not to share with others.”

Dr. Rosaria Butterfield, a tenured university professor, was clearly on the far left and quite anti-Christian. After she bashed Promise Keepers in an article, a pastor approached her, encouraging her to look deeper. It was his persistent, engaging way that led her to the Bible. Her friends noticed a change as she considered the words of Jesus. “I fought with everything I had. I did not want this. I did not ask for this,” she admitted. Then one ordinary day, she believed. “The voice of God sang a sanguine love song in the rubble of my world.” Now she has a husband, a Christian pastor, and she’s living a redeemed life.

Kirsten Powers is sometimes on a ‘fair and balanced’ cable news channel. Earlier in her life she wavered between atheism and agnosticism. Though stridently irreligious, she broke her personal rule not to date a religious guy, and began attending church with him. She began to think that the evidence favored Christianity. Then she had a memorable dream about Jesus that compelled her to join a home Bible study looking for answers. She became convinced. “Of all people surprised that I became an evangelical Christian, I’m the most surprised. The Hound of Heaven had pursued me and caught me – whether I like it or not,” she confessed.

C.S. Lewis tried to remain atheist but, “I gave in, and admitted that God was God, and knelt and prayed: perhaps, that night, the most dejected and reluctant convert in all England.” Saul was a persecutor of the early church who was changed by Jesus on that Damascus Road. And the list of seemingly improbable converts goes on.

But are these really unlikely conversions? Don’t underestimate the power of truth! Jesus didn’t come to make bad people good or good people better; he came to give life, something everyone needs. In that sense, we all start from the same place, so if anyone is an unlikely convert, we all are. 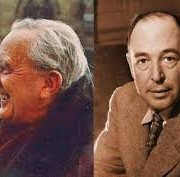