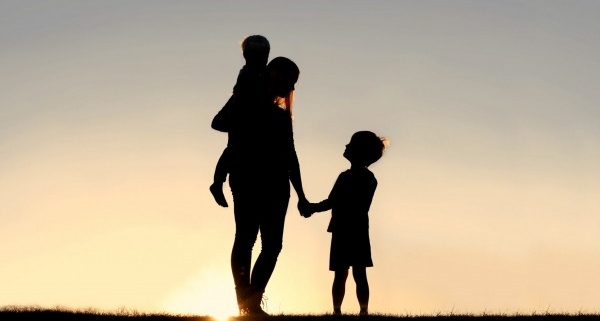 “Mom and apple pie.” It was a common answer from WWII soldiers when asked, “What do you miss the most?” It led to the expression, “As American as motherhood and apple pie,” a way to express a value everyone accepts.

A scant 25 years after WWII, feminist Shulamith Firestone imagined a revolution leading to a motherless utopia. She wrote, “The goal must be the elimination of the sex distinction itself. The reproduction of the species by one sex for the benefit of both would be replaced by artificial reproduction: children would be born to both sexes independently of either. The dependence of the child on the mother would give way to dependence on a small group of others. The tyranny of the biological family would be broken.” Even a casual observer can see the technological and cultural pieces of that vision emerging right now.

Truth is, many Americans reject this vision and its values and wonder if others are capable of sorting truth from lies. There was a time most Americans would have agreed that the biological family is sacred, a gift meant for human flourishing. But now that’s thrown back into the face of the Creator saying, “It’s tyranny. I’ll do it my way.” After all, if a material universe spawned us by natural processes, why adhere to any “outdated” notions of man, woman, marriage, and family?

The beauty and value of motherhood and family are inherent in God’s design. He created male and female in His image. He blessed them saying, “Be fruitful and multiply, and fill the earth.” A man is to leave his father and mother and be joined to his wife, becoming one flesh. Eve conceived and gave birth to Cain saying, “I have gotten a manchild with the help of the Lord.” (Gen. 1:27-28, 3:24, 4:1). God values mothers because they share in His creative work!

In the 1970’s, Kamila Benda was a professor and mother in Prague, under communist rule. She devoted herself to preparing her children to resist the totalitarian lies, even after her husband became a political prisoner. She read stories to help them distinguish between truth and deception. Their favorite was “Lord of the Rings.” Rod Dreher asked her, “Why Tolkien?” She replied, “Because we knew Mordor was real. Resisting the evil Sauron was our story too” (see Dreher’s book, Live Not By Lies). That her children kept the Christian faith to this day is a testament to their mother.

Despite a changing world and a changing America, we still value Mom (and apple pie!). Mothers have had a key role in human flourishing since the beginning of time, and we still celebrate them with a holiday. So, thanking God for family and for the mother’s love I have known, I value all mothers and wish you a happy Mother’s Day!

A Senator’s Redemption
Scroll to top