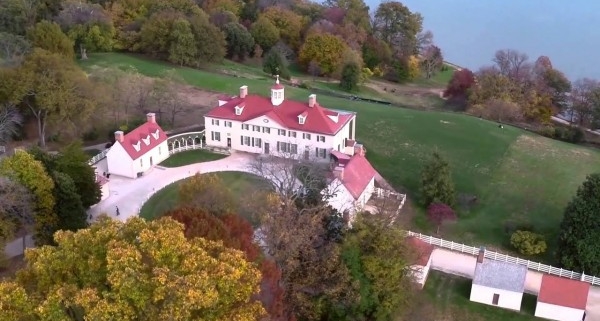 At the end of the Revolutionary War, George Washington’s desire was to retire to his estate on the Potomac River.  I can see why. Mount Vernon is situated on a picturesque and productive land, quite suitable for a retired soldier and gentleman farmer.

In his 1783 letter to the governors of the states resigning as commander of the continental army, he expressed hope for the country’s future. He wrote that his prayer was that Americans would “demean ourselves, with that charity, humility, and pacific temper of mind, which were the characteristics of the Divine Author of our blessed Religion, and without an humble imitation of whose example in these things, we can never hope to be a happy Nation.”

In modern English, he was saying that for the new country to work, its citizens must act toward each other with the love, humility, and peace that Jesus modeled. For the lives of 25,000 American soldiers not to be lost in vain, the new nation must succeed.  To that end he believed we would do well to imitate Jesus.  We still need that, and Christians can lead the way.

Jesus loved by caring for poor, disenfranchised, and suffering people. Government social programs are no substitute for that kind of love. Christians still do heavy lifting in this area and do it with a personal touch.  Jesus also loved by telling the truth. American culture is courting destructive ideologies and Christians must speak the truth in love, and not repeat popular deceptions.

Jesus, God the Son, showed humility by stepping into the world He made. He put others before Himself, even unto death on the cross. Christians model humility by seeing the value of every person and respecting all people as God’s image-bearers. Not every disagreement is an argument that must be won. “With humility of mind regard one another as more important than yourselves” (Phil. 2:3).

We need a peaceful state of mind. Jesus lived a peaceful lifestyle motivated by a higher purpose. Through Him we are reconciled to, and have peace with God.  We are also reconciled to one another (Eph. 2:14ff). Racial, political, and interpersonal strife cannot coexist with the peace of Christ.

Washington wrote, “I bid a last farewell to the cares of office and all the employments of public life.” Six years later, he consented to be the first President of the United States under the new constitution.  If there is a lesson in his change of heart it is that a citizen’s duty is never done.  Even more, a Christian’s duty is never done because our fellow citizens will always benefit from the love, humility, and peace that we have from Christ Jesus.

“Holy and beloved, put on a heart of compassion, kindness, humility, gentleness and patience; bearing with one another, and forgiving each other” (Col. 3:12-13).