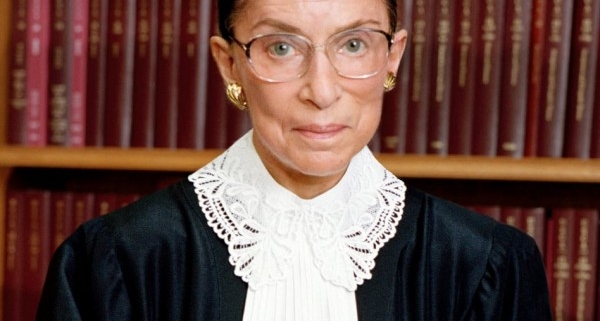 On the anniversary of Supreme Court Justice Ruth Ginsberg’s death, the ACLU tweeted a quote by her. The judge’s 1993 statement was “dated,” so the tweeter edited the engendered words and pronouns. A New York Times columnist complained, “It was somewhat Orwellian to rewrite historical narratives to suit modern sensibilities.” One would think Ginsberg, the ACLU, and the NYT would be of the same mind. But times change, so do minds.

Much is Orwellian these days due to chronological snobbery, i.e. today’s ideas are better than yesterday’s. Christianity has not been immune to such “reinterpretation” as though eternal truths change with the times. But we are not “children, tossed here and there by waves and carried about by every wind of doctrine” (Eph. 4:14). We know that “Jesus Christ is the same yesterday and today and forever. Do not be carried away by varied and strange teachings” (Heb. 13:8-9).

We resist the waves and winds with a personal knowledge of God as Creator and Ruler of all. Creation is not the Creator. God transcends creation yet guides history toward the culmination of time. His power and perfection create a vast gulf between Him and His creatures.

Modern sensibilities hold that humans are basically good and simply need to tap our “better angels.” The solutions are self-help techniques and cafeteria spirituality. This rewrite denies that we are marked by the dreadful stain of sin, separated from a holy God. Yet we cannot hold any moral course on our own, which proves our brokenness. All have sinned, and we know it.

The waves and winds would make Jesus into a simple teacher of righteousness whose death was an admirable example of self-sacrifice. His Resurrection would be spiritual, certainly not miraculous. Yet the actual Jesus regarded Himself as God the Son, the object of your faith, the Savior of your soul. If this is not true, He was a false teacher. If true, His death and physical Resurrection change everything. Only Jesus, God the Son, bridges the vast gulf between you and the Father. This is not an exclusive claim because it is for anyone who believes.

We need absolute Truth. Professor Carl Trueman writes, “A gospel rooted in Scripture and based on the historical action of God in Christ is still the primary need of the world around us. Anything less is not just inadequate; it is in realty not historic, redemptive Christianity.” The Scripture anticipates the allure of a form of godliness without power (2 Tim. 3:5). Any rewrite of the loving, powerful, and true story of Christianity is such a form.

The older I am, the more I enjoy what stays the same. What God has said and done need no rewrite because eternal truth stays the same, cultural waves and winds notwithstanding.

Searching for Eternity
Scroll to top