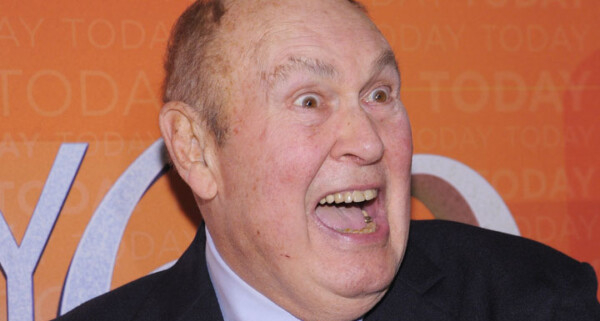 Willard Scott was the Today Show weatherman until Al Roker succeeded him in 1995. His life calling was to bring joy to the world.

Scott started his career as a radio personality. His comedy show, Joy Boys, was popular in Washington. When he returned to the show from his Navy stint, his new boss scheduled the show during the worst time slot. He applied this Biblical wisdom: “When someone wrongs you, it is a great virtue to ignore it.” Joy Boys soon became the #1 show in that market.

Scott was the original Ronald McDonald and played Bozo the Clown. He brought his gimmicks with him to the Today Show in 1980. He dressed as Cupid for Valentine’s Day, wore a barrel on “tax day,” and was a furry rodent for Groundhog Day. “People said I was a buffoon,” Scott said. “Well, all my life I’ve been a buffoon. That’s my act.” His audience loved his act, especially his tradition of greeting centenarians on their birthdays.

Scott was motivated by his Christian faith.  He often said that if he hadn’t become an entertainer, he would have been a preacher because he loved people. Early in his Today Show career he said, “I am trying to weave a web of love. I want to make the whole country feel as if we are one. I may be a cornball, but I am me.” He lived that out by forgiving people who hurt him, and by promoting joy.

What web are you weaving in your life? What is your unique purpose and style? Whatever your answer, let it be your expression of this highest calling: “I count all things to be loss in view of the surpassing value of knowing Christ Jesus my Lord” (Phil. 3:8).